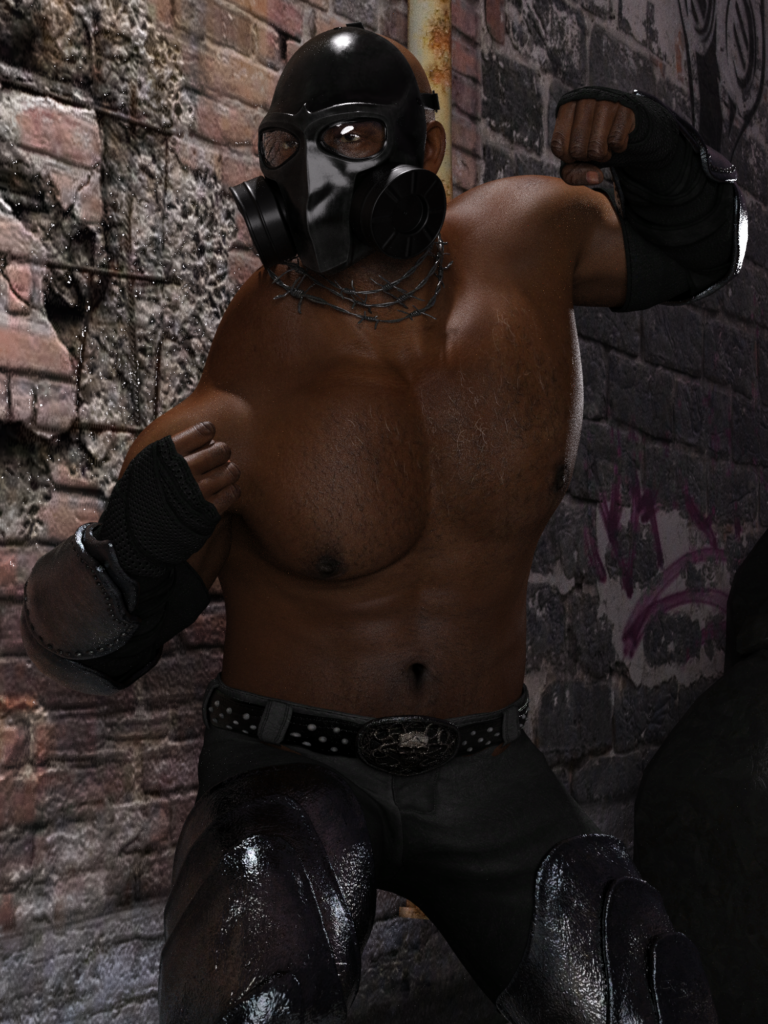 Odell is another of Citadel’s victims. Whilst they were more used to capturing homeless teenagers from the streets, he was unlucky enough to be visiting a country where the legal system was totally corrupt. Arrested for a minor infraction and thrown into jail, the governor then chose to “sell” Odell to the Citadel as a test subject. Once with them he exchanged one prison for another.

Since Citadel often treated their test subjects like cattle, Odell was not told what they had planned for him and he would only get to find out much later that the scientists had had obtained an alien with an incredible means to alter its body density so that it could adapt to other environments and wanted to see if it was possible to transfer to a human.

They succeeded in the end but to get their the subjected Odell to many tortuous procedures and operations. The presence of alien DNA and the alteration of his body at the biological level meant he had difficulty breathing normal air and needed instead a mixture closer to the alien donor’s atmosphere. Citadel thought this limitation to be useful as it meant they could control Odell. If he disobeyed they simply took off his mask.

The one thing Citadel did not take into account was Odell’s limitless patience and determination. All he needed was a time for everything to fall into place and then he would escape. Four years after his arrest, that time came. Whilst Citadel was well aware he could make his body super dense what they failed to realise was that when he knew he was alone he had  experimented with trying to shift his density in the other direction.

Though forcefields secured his cell which meant nothing he could do would get around that problem, Odell decided to make use of the gullibility of a new contingent of guards. Making a pretence at trying to escape he smashed his head into the ground and made it appear his mask was damaged. He then started mimicking that his body was going into spasm. The guard panicked. Since Odell was considered “valuable” he could not be allowed to die so the guard dropped the forcefields and ran in without first checking with a superior.

Odell now sprang to his feet. The guard struck him with his batton but now in his super dense form the batton shattered. Odell responded by thrusting his hand through the guard in a practically gaseous state and then started to solidify it.

The guard passed out through the pain. Though the alarms had already sounded, once free of the forcefield containment, Odell was unstoppable and Citadel could not stop him.

From then on it was a matter of getting back to civilisation which took some time as Citadel were still hunting him and since they new the lay of the land they had the advantage. Months would pass before he finally managed to make it to the coast and sneak aboard a ship and ended up in Pacifica, the place where he had started his ill fated journey.

Now finally free, he realised everyone in his life had moved on. On top of that the need to wear a special mask in order to breathe meant any idea of getting intimate with anyone was problematic. Citadel had therefore taken everything from him. He therefore chose to take the ability they had given him to hurt them and other organisations that felt they could treat people as science experiments. The Barbarian had arrived.