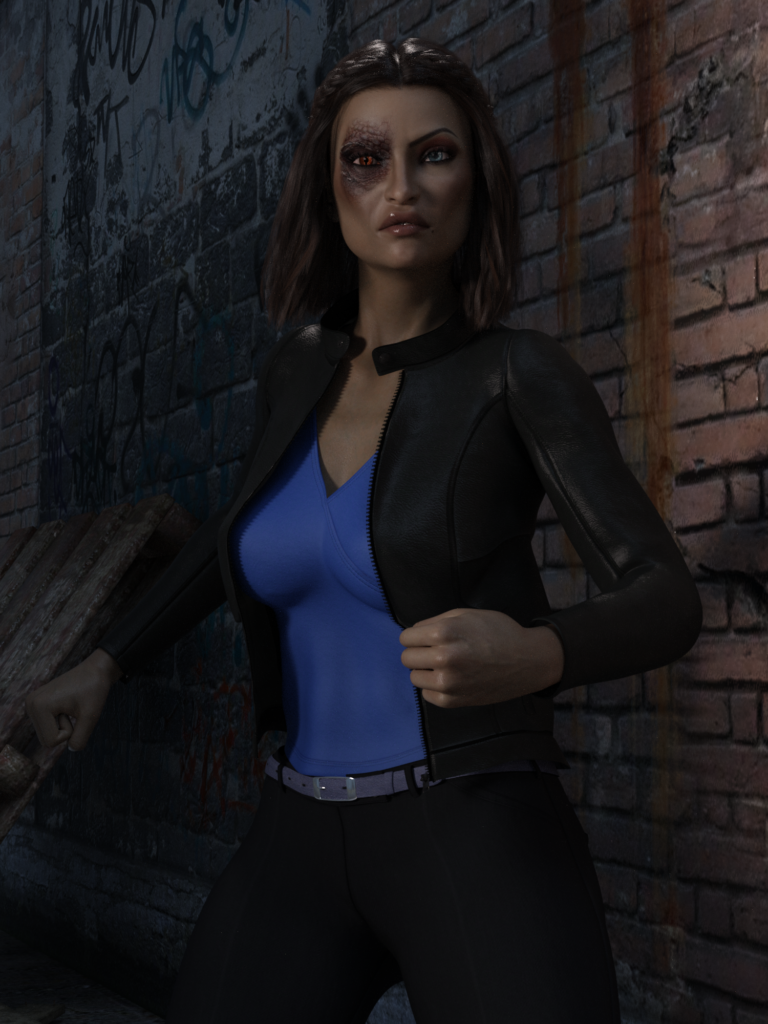 It is believed that Kathleen Millward was one of Citadel’s many experiments. Taken off the streets of Atlantica when she was a runaway, it would seem that scientists had attempted to fuse the DNA of a reptilian alien with human DNA. The end result does not appear to have been entirely successful since her skin shows evidence of being reptilian in various patches which has disfigured her permanently.

Kathleen was inadvertently rescued by the Lady, who had heard rumours that some valuable merchandise was being transported through her territory. Thinking this was guns or cash, she had the Atlantica Streetz hijack the van and steal the contents. The contents turned out to be Kathleen chained up. Though the raid was something of a disappointment the gang took her anyway and brought her back to the Lady to see if she was of any value.

The Lady though saw no value in Kathleen. Though Atlantica Streetz did sell stolen goods and robbed people selling on a person, even if it was valuable was not her thing. Even though she was a crime boss, she had a code of honour and “slavery” was not part of that, so the Lady set Kathleen free.

Kathleen though had nowhere to go and wanted to repay the favour of having been rescued. She therefore offered herself to the Lady, who took her into the gang as an enforcer.