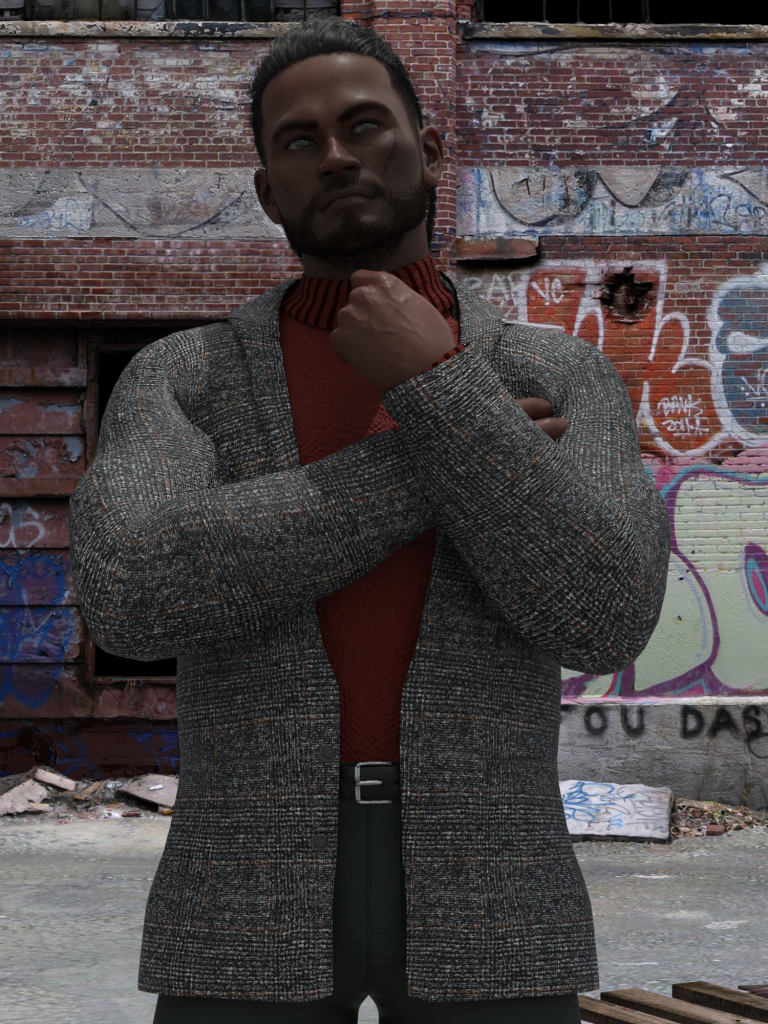 At one time the Behemoth was one of the most feared gang leaders in New Tokyo. With a seemingly lucky ability to escape justice he was a frequent annoyance to the police. They knew what he was up to but each time he managed to line up a Patsy to take the fall in his place.

Though Akeem did not control a large territory or have a very large gang, what he did he was hugely successful at, namely selling drugs. Eventually he came into conflict with Big Ron and despite the Renaissance Mob having greater resources, no matter what Brooks tried he could not get rid of the tenacious Akeem.

After numerous skirmishes, Big Ron decided that if he could not beat Akeem then perhaps he could persuade him to join. Though a gang leader would normally balk at the idea of following the orders of someone else, in truth, Akeem had grown tired of having to watch his back. The deal offered by Ron would see Akeem get a share of the profits which would encompass a bigger market. The compromise seemed fair and as well as making more money it took the pressure off Akeem because it meant that somebody else had the job of protecting him.