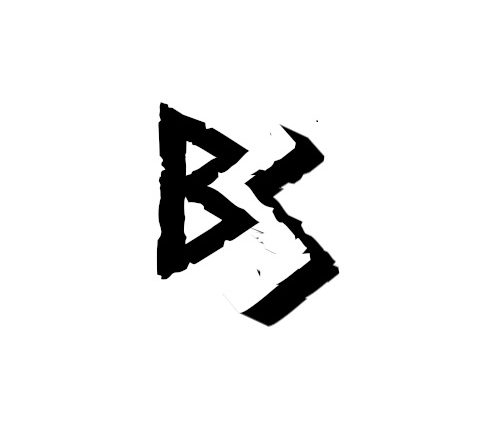 Black Shadow was at one time the most powerful global crime syndicate. After seemingly being brought down by CLEA and Zodiac working together, the Syndicate has since be discovered to be operational once more, albeit in a reduced capacity. Using “technological” assets to maintain and control rivals has ensured the new organisation is just as deadly as the old one.

*Only there three are regarded as permanently working for the syndicate

When CLEA was in its infancy many criminal organisations took advantage of the fact they could operate internationally due to the fact that law enforcement agencies from different countries frequently got bogged down by political wrangling when trying to operate in each others “territory”.
CLEA put a stop to most of those problems but by that time one international crime syndicate had become powerful enough to avoid becoming concerned about the “new agency”. Part of this reason was the fact they were able to place or recruit operatives inside political circles and law enforcement agencies right around the world. Getting people inside CLEA was therefore not so much a matter of “if” but “when” and once that happened the crime syndicate was always five steps ahead of the law.

Formed by amalgamating the interests of several crime families around the world Black Shadow had no direct competition. At one time individual families and organisations had spent a good deal of time and effort trying to eliminate each other before they all realised that the only losers were themselves. By working together they had realised they were practically unstoppable especially with law agencies and politicians in their pockets.

Things changed though when the Alpha humans first “appeared”. Unlike the power hungry individuals they recruited to keep the law of their backs many of these “Alphas” simply could not be bought. Alpha villains who used their gifts for personal gain were unwanted competition and “Alpha Heroes were a direct threat to everything. Inevitably Black Shadow’s ability to make money became drastically affected and the head of the organisation decided they needed to do something drastic.

To take care of existing “Alpha Heroes” they captured a group of Alpha villains and co-erced them into working for the syndicate by way of putting implants inside their brains. Failure to comply and they would be terminated. That “team” became Alpha strike and in a matter of a few years had eliminated almost every known Alpha Hero and villain around the world. With the job done Black Shadow felt they could not trust Alpha Strike but rather than eliminate the team they decided to cryogenically freeze them until such times as they might be needed again.

Now with the competition eliminated Black Shadow realised that the needed to keep it that way. To do that the heads of the organisation decided they would eradicate any Alpha, and having intel on how to identify Alphas made that job easy. Using operative inside medical agencies ensured the syndicate had access to medical records and thus they could identify their “targets”. As rumours spread around the world of mysterious deaths, those people who were actually aware they were Alphas went into hiding. Some people thought it was government shadow agencies were responsible. Law agencies including CLEA were suspicious but the strange deaths would remain unresolved due to the fact Black Shadow was manipulating those very same agencies.

Two decades passed and Black Shadow gained even more power through the lack of competition but their empire came crashing down by making one mistake. One of their CLEA operatives hired John Lyons a computer hacker. Though the syndicate had tried its best to stop CLEA discovering their work they did not have full control and CLEA had formed a task force to get to the bottom of the mysterious deaths that had one thing in common, the victims being Alphas.

Using intelligence gathering CLEA had used the same intel Black Shadow had got hold of and were identifying Alphas in order to protect them. Black Shadow got its own double agents onto this task force which included team leader Sarah Johnson. As a CLEA agent she was able to call on resources which included hiring ex-cons so she hired John Lyons to hack medical records.

Being an orphan he had no medical records and so she did not know he had the “Alpha” birth mark. As prt of the team John managed to locate several Alphas and passed the information on to Sarah his superior and was completely unaware that instead of the intel going up the chain of command it was being passed on to a Black Shadow strike team.

When his Alpha ability activated and he learned he could become invisible he used his “gift” to steal Johnson’s computer. He was always sure she was hiding something and wanted to know what and once he had the lap top he discovered hidden files, one of which was a hit list. Recognising a name on the list as that of his police nemesis, retired Captain Mike Williams. Unable to leave his rival to his Lyons decided to warn Mike and ended up saving his life by arriving before the strike team.

After surviving the assassination attempt, Williams took the intel to Andrew McCabe and using the hit list they “saved” the remaining names and formed Team Zodiac. In the next three years Zodiac worked with trusted CLEA sources and began to undo Black Shadow’s operation. In return the syndicate thawed out Alpha Strike but before the Alpha villain team were fully prepared Zodiac and CLEA struck Black Shadow during a crisis meeting being held by the heads of the syndicate in Atlantica.

With many arrests of key players, CLEA was able to identify many of Black Shadows operatives within CLEA and this led to other arrests. The intel passed to other law enforcement agencies caused a total collapse but not the heads of Black Shadow were “discovered”. As far as CLEA was concerned Black Shadow was gone and as the assassinations stopped and rumours spread around the world Alphas started to come out of hiding heralding the second age of Alpha Heroes.

Though CLEA believed for many years that Black Shadow was dead and buried, recent evidence has pointed ot the fact that it is now functioning again albeit in a reduced capacity. Intelligence gathering has revealed that the syndicate has been reformed in a similar manner to how it was originally created, by alliances with criminal leaders but this time the group has concentrated on the four megacities where 70% of the worlds business takes place.

Key player here is the “Baron” who was believed to have been part of the original Black Shadow. Along with the other three known heads they have access to great deal of resources via their legitimate companies.
Unlike the original Black Shadow which had an abject fear of Alphas, the new syndicate operates differently and employs Alphas and mercenary units to provide muscle. Rather than coerce people into working for them, the four heads instead hire individuals and groups that bare grudges against Black Shadow’s enemies, thus they all have a common interest. Originally the four heads were considering simply “creating” their own enforcers but abandoned the idea after creating Shadow Squad because the four heads found it far more convenient to employ muscle as and when they were needed rather than having the help stick around and draw attention to the syndicate.

Despite this decision Black Shadow eventually gained a second team in the form of Alpha Strike which eventually returned having picked up too many enemies to handle alone. They needed the syndicate’s help and intelligence to stay one step ahead of their opponents but before committing to the new organisation, the four heads had to agree to remove their implants.

At one time to ensure success of the hired help, as well as payment Black Shadow would supply its operatives with equipment to do the job, but the four heads put a stop to this after getting bit more than once when ex “employees” were flipped and chose to fight against the syndicate, using the very same tech that had been given to them in the first place!