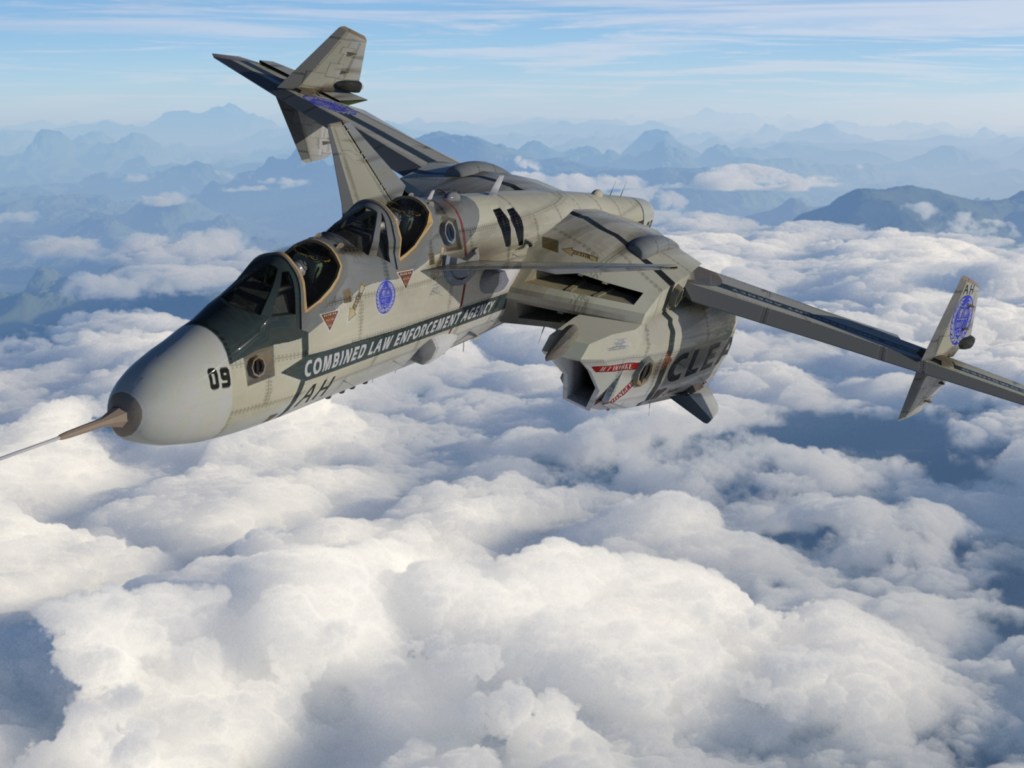 The Booker VGB-16A is an all weather twin seat naval bomber aircraft. As well as being bought by several countries around the world the type is in use with the UN as part of its  Peace Keeping forces.

CLEA purchased three of the aircraft for use by the  Arrowhead team when more firepower was needed (along with a single  “B” and “C” variant).    Though the organisation is primarily one of capturing dangerous criminals, CLEA chiefs had noticed a rise in instances when organised criminals were using military grade weapons to either commit crime or to protect themselves from capture.

Whilst the Valkyrie fighters were adept at dealing with most situations, there were instances when even they could not carry sufficient payload to neutralise large scale threats, such as the Mechaniac’s forces used to protect his bases of operation. The VGB-16A’s were thus purchased to fulfil the role. Being able to operate from a naval carrier as well as land greatly extends its operational capabilities. However as with all “armed operations” performed by CLEA, before a mission is flown the UN has to sanction it.

Along with the other military vehicles operating for CLEA the VGB-16A’s were given an internal designation from Norse mythology and in the case of the  “A” variant “Tyr” was chosen. Before they went into service the type was modified by the Knight’s Forge so that they were compatible with the “smart suits and helmets” which were in use with the members of the Arrowhead strike team.