A2200 Beginnings – Ozzy and the Leveller 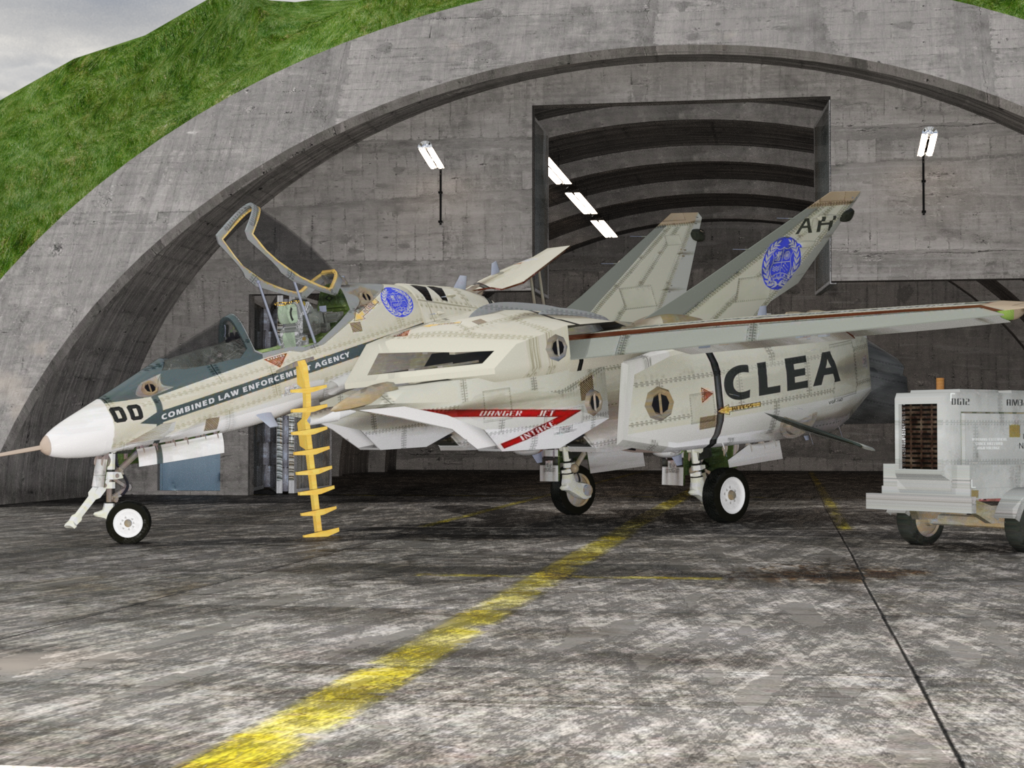 The VGF-14 was originally developed as a single seat multirole fighter specifically for UN peacekeeping forces. Having variable geometry wings, vectored makes it an extremely agile aircraft for its size and its ability to operate from a carrier greatly expands its operational abilities.

When CLEA formed the Arrowhead team the Valkyrie was chosen over various new design prototypes. Though the new aircraft might have possibly given the team an edge in their missions it also meant it would have had no history of operational usage it was felt better to adopt a proven design.

The “D” variant, known as “Valkyrie” in CLEA service is unique to the agency and comes equipped with an updated and advanced avionics package. Additional is has extra to link the onboard systems to the unique “smart suits and helmets” used by the pilots. These “upgrades” were designed by the Knights Forge and the suits were created with hermetic seals, thus the pilots can fly into environs where chemical weapons might be in use. Since oxygen is pumped into the inside of the suit it means the pilots do not have to don a bulky oxygen mask, thus giving them less restricted vision.