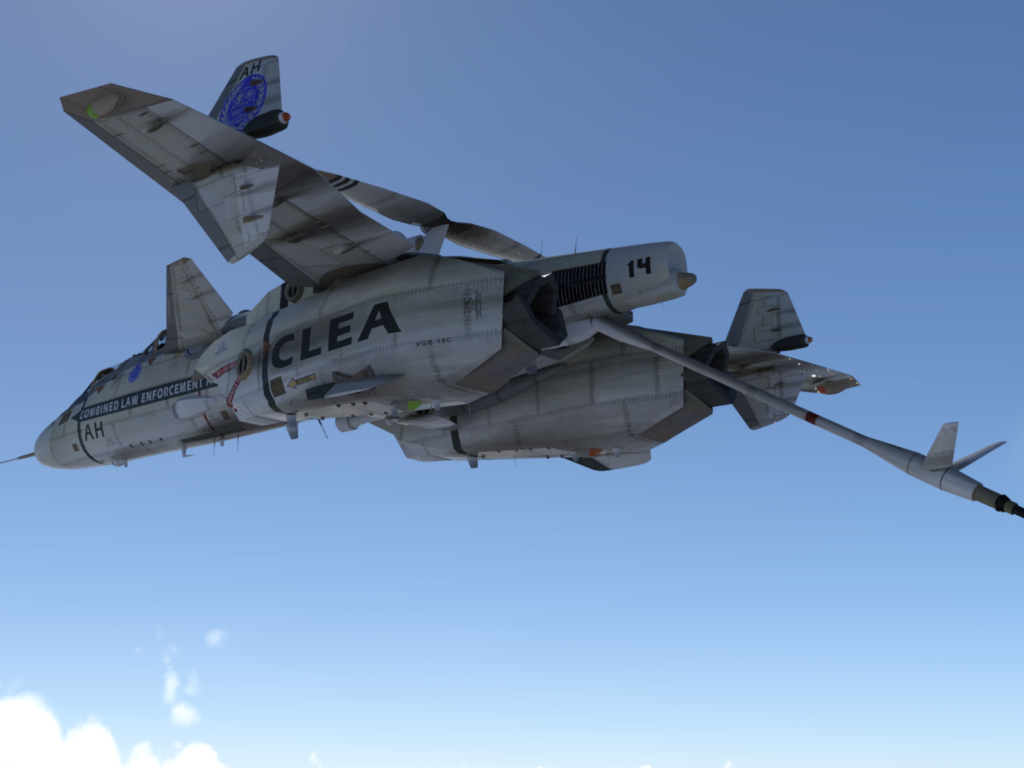 The Booker VGB-16C tanker conversion is the latest development of the successful VGB-16A series bomber design. Though a tanker option was never originally considered from the outset,  when it became apparent that there was a gaps in the market for carrier based tanker aircraft, Booker Aircraft Industries announced its intentions to develop such a machine based on market interest. Several buyers responded so Booker went ahead with the development.

As well as the addition of refuelling gear and stabilising fins, the 16A’s wing hard points were removed to counteract the extra internal equipment loading.  Internal fuel tanks were enlarged at the cost of some of the avionics.

Having already obtain the “A” and “B” versions of the aircraft, CLEA decided to purchase a single “C” variant for use on long range missions. As with the other military vehicles it was named after Norse mythology and the tanker earned the designation “Eir”. Though the Knight’s Forge has been used to modify most of the aircraft in use with CLEA the only changes made to the VGB-16C is to allow it to work with the “smart suits and helmets”.