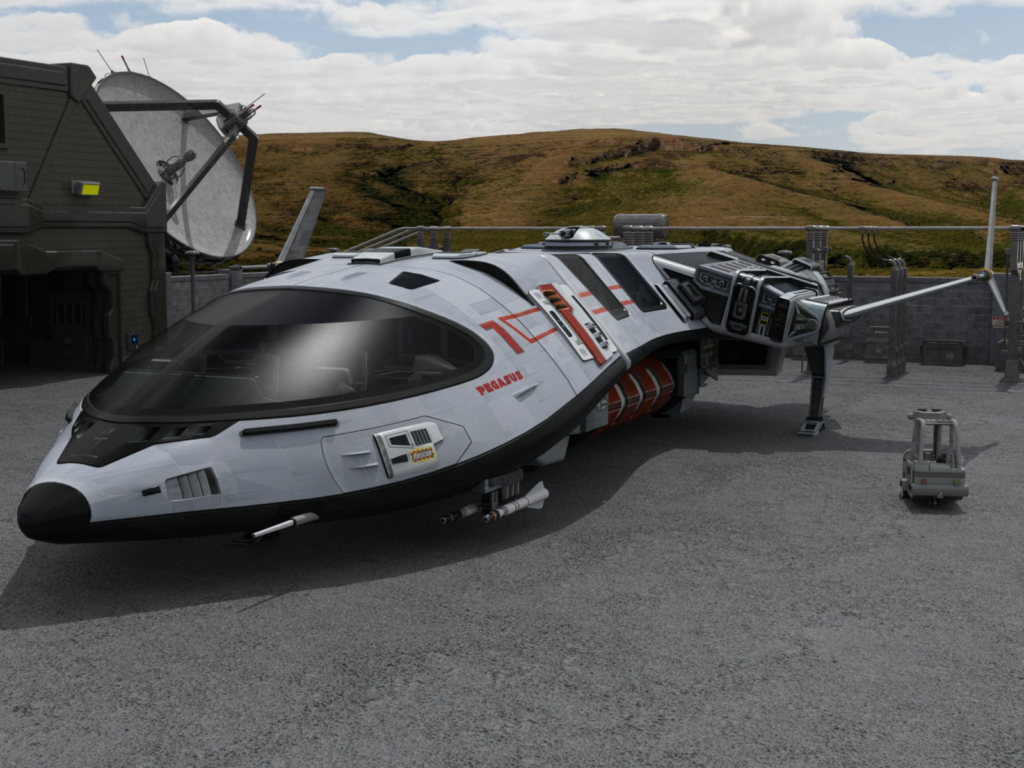 The “Pegasus” was originally started off as VTOL business jet known as “Ascent” designed by Walker Aviation. The company thought that such an aircraft could make use of existing helipads in city environments with the added bonus of carrying more passengers and a faster cruising speed than helicopters.
However the prototype design suffered from technical setbacks, the biggest one being that the lift engines needed uprated and the power they created had the potential to destroy the light weight helipads mounted on the tops of buildings.
This limited its usage and along with higher cost eventually saw the project mothballed when there was a lack of market interest.

Walker aviation eventually faced a financial crisis and was bought out by McCabe Consolidated Industries (MCI) and became a subsidiary. At the time McCabe had no interest in the design and was content to simply sell Walker’s normal bizjet products. However when he discovered he was an Alpha Superior and Team Zodiac was formed, McCabe realised the team was in dire need of transport.

The “Ascent” was seen as a solution but it was not big enough. Working with the designers McCabe proposed a bespoke aircraft that would basically be an unscaled design based on the “Ascent”. Having access to other companies under the MCI banner, McCabe was able to solve some of the teething issues that dogged the original prototype.

A bigger aircraft meant the need to use larger lift engines but since it was too large to use “standard” sized helipads, the original problem of the aircraft destroying building mounted installations no longer existed. The new design, McCabe envisaged, would either use its VTOL abilities to land in open spaces to get the team close to where they were needed or alternately act as a mobile hovering platform when a mission might require that specific capability.

Though no longer considered able to use normal helipads,  McCabe designed a specific type of platform to cope with the weight and power of the aircraft. One of these was mounted on MCI’s  White Tower in Atlantica and the other was build on the corporate offices in New Tokyo.

Originally two aircraft were finished and were called Pegasus “1” and “2”. The number two aircraft was used as a spare and lost when the White Tower was attacked by robotic forces “working” for ARGO.

More of the aircraft were later built when McCabe teamed up with CLEA and Gary Wynter to form the Knight’s Forge. Wynter, one of the “leaders” of the Phoenix Alliance expressed an interest in having the aircraft for use with his team and McCabe supplied the designs.