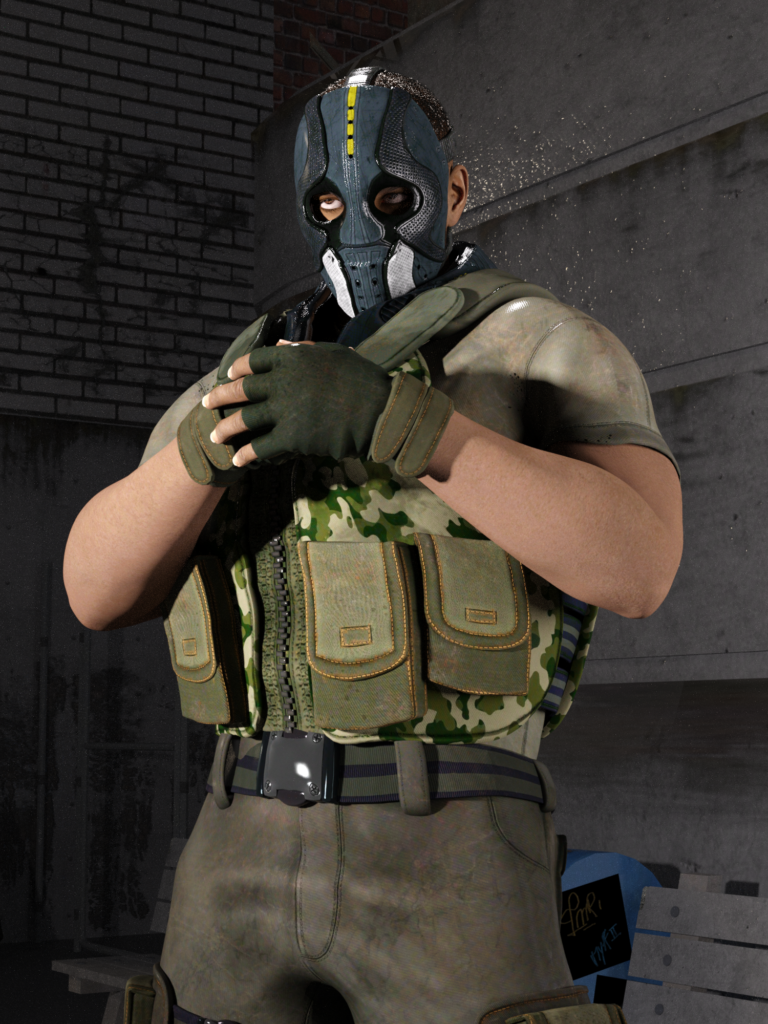 Lamar had spent twenty years with the marines before finally deciding to retire and try something new. Having served much of his career overseas and taken part in a number of different conflicts, when he returned home to Pacifica he found a new “war” waiting for him.

Having never formed a relationship he had moved back in with his mother and the neighbourhood she lived was being targeted by a ruthless property developer who want to build a new shopping and apartment complex. The residents did not want to move so the developer had “arranged” to make the area a little less desirable to live. Gangs and mercenaries began targeting property. Since nothing could be traced back to the developer the attacks continued. At night the streets became a dangerous place. Despite the fact the Lamar could handle himself he was attacked on several occasions but avoided fighting back in case his mother was targeted in retaliation.

Perhaps the developer’s biggest mistake was allowing the Briscoe residence to be firebombed. Everyone got out but with nothing but a burnt out shell and memories, Lamar’s mother decided it was best to accept the money off the developers and move on. Lamar was furious though and wanted the police to do something about the problem. He was told that they could do nothing but Lamar suspected that some had been bought whilst others were too afraid to interfere.

With his mother out of the area now, the rules of the game had changed for Lamar. He no longer had anyone to worry about so if the developer wanted a war then he was going to supply one. Donning military gear he had obtained by “friends”. Using his old military call sign of “Brickwall”, Lamar started paying visits to the neighbourhood and stalking the vigilantes and mercenaries. Some he just beat up and others he deposited at the developer’s luxury house as a warning.

The warning was not taken so Lamar decided to cross the line. Since his family residence had been torched he was going to do the same to the developer, only the man’s family were still in the house at the time. Though they made it out alive, Lamar was now wanted for arson and attempted murder. In one sense it amused him that all of a sudden the police wanted to enforce the law when the same police had ignored it.

With nothing to lose now, Lamar located various warehouses where the developer kept construction machinery and building materials and burned them resulting in millions of dollars of damage. By now the developer was furious and ordered an entire contingent of mercenaries to go into the troublesome neighbourhood and take care of the problem. The “battle” was brutal and destructive but only Lamar came out unscathed thanks to his experience and training.

By now the developer’s board of directors decided to depose him as CEO of the company before his reckless behaviour led to bankruptcy.  Lamar had therefore won the battle but felt he had lost the war. Figuring that the people had been helping had no one to watch over their backs for one the next tyrant arrived, he became their unofficial protector. Whilst the police consider him a violent menace the locals consider Brickwall to be their hero.