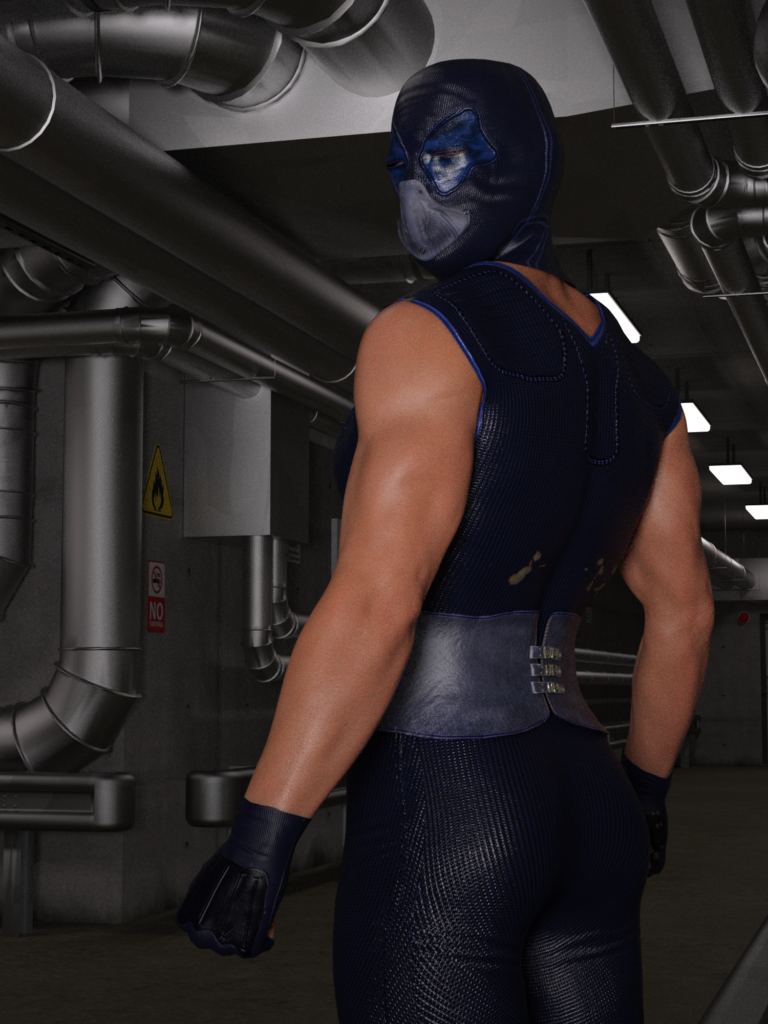 Ahmed Harrak was one of the first “doppelgangers” identified following the “Breach Day” incident. This was quite easy on account that his counterpart had been a drug dealer and killed following a gang war. When CLEA first encountered Ahmed he admitted on his world he had been a hero but after becoming trapped on our Earth could see no reason that he should not continue since there still existed the same problems.

Whilst CLEA has a good deal of information on Ahmed it is of the criminal Ahmed and not the one from another reality. Consequently much of it is relatively useless. However one interesting thing of note is that when Ahmed first arrived he did not wear a mask but has since chosen to wear one. This is perhaps to avoid people confusing him with his doppelganger.