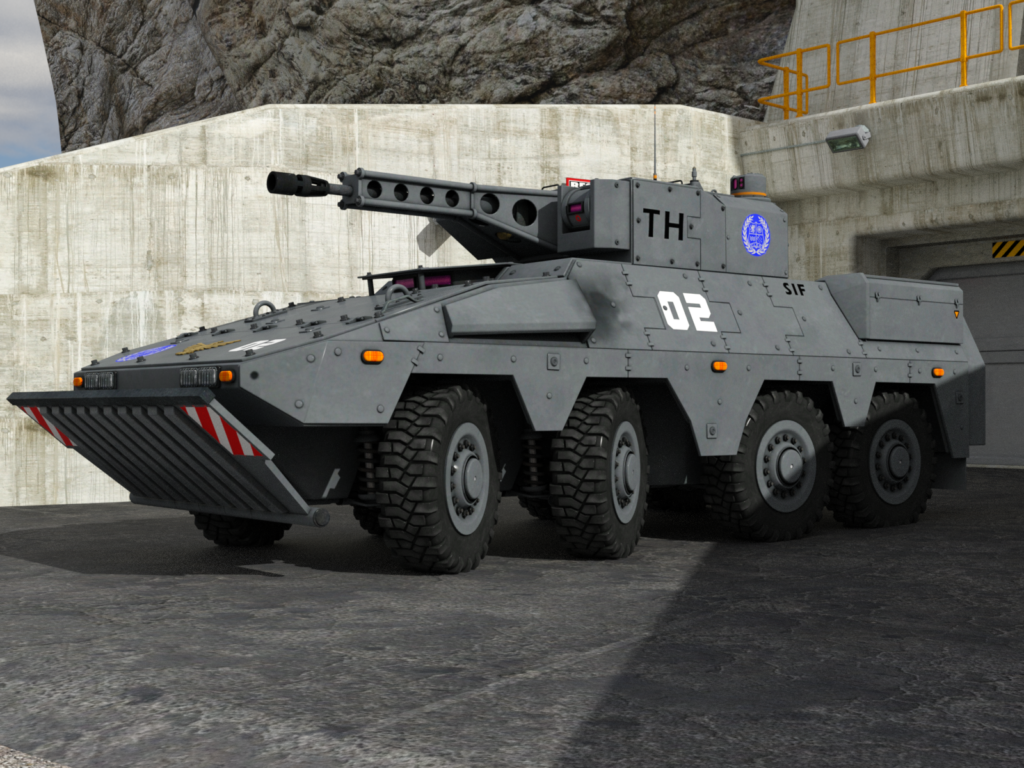 Eagle Armaments Grizzly II is a second generation Infantry Fighting Vehicle design based on the company’s successful Grizzly I. Unlike their Kodiak MBT that is generally regarded as the best of its generation, the Grizzly II is only considered equal to other IFV models available.

When CLEA came to purchase a pair of IFV’s for the Thunderhead Strike Team the Grizzly II was not initially considered. However Eagle Armaments struck a deal for the supply of both the Kodiac MBT and a pair of Grizzly II’s which suited CLEA’s budgetary requirements.

Once the Grizzly IIs were delivered, CLEA handed them over to the Knight’s Forge to install additional equipment and change over some of the weapons systems. Then in keeping with their vehicular code name practice, based on Norse mythology, they gave the vehicles the internal designation of “Sif”.