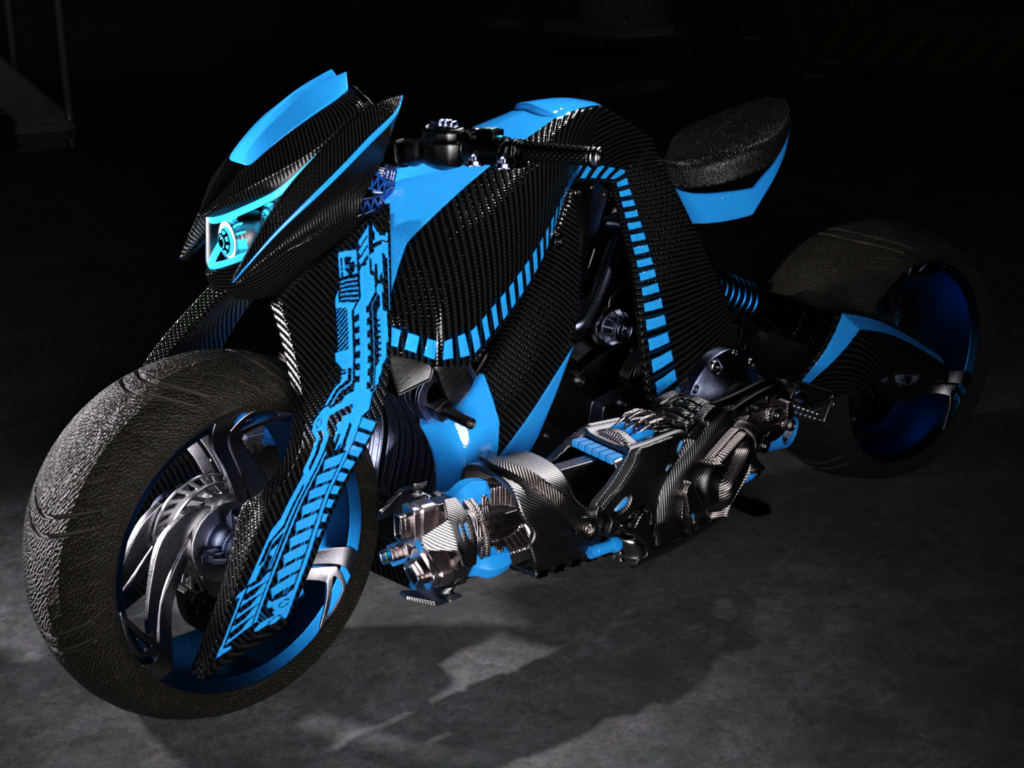 The Knight’s Forge Courser is a specially built “combat attack” bike normally ridden by Sonja Lebedeva. Designed to operate alongside the larger Destrier, unlike the latter that can “hide” its weapons, the smaller bike platform does not allow that. It therefore has a lower chance of getting close to the enemy before being noticed that it is not a “normal” bike on a direct approach.

However since the rider is exposed to enemy fire with limited protection, a frontal attack is not favoured anyhow. Instead the rider of the Courser uses and an indirect approach via stealth and other tactics, to get close before exposing the vehicle and attacking.

To facilitate this the bike has a “stealth” mode whereby the normal engine is shut down and batteries provide power to the drive chain making it very quiet. The suits helmet can also provide IR imagery and night vision so the bike can be ridden in near complete darkness.

As with the Destrier, the Courser is also named after a type of war horse used in the middles ages and therefore fitting in with the “Knight” theme.