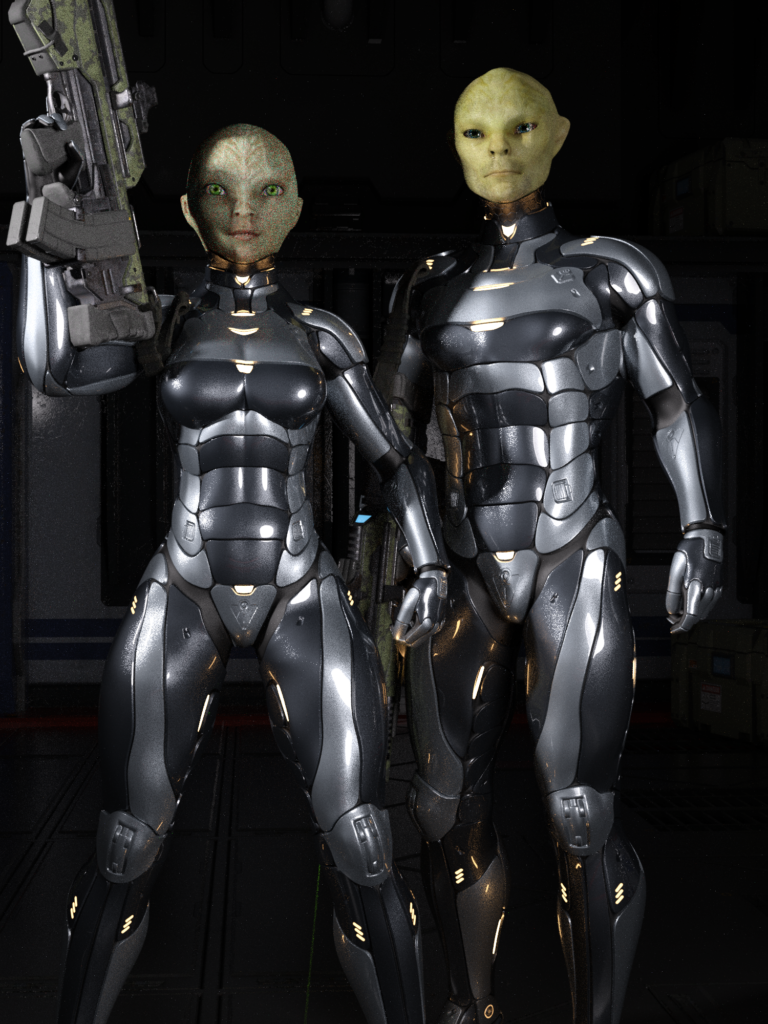 The Felanek come from the planet Thaigrer located at the edge of Eopua controlled space. They are one of a few humanoid feline races. Though they are known throughout the galaxy, CLEA has only ever recorded these two visiting Earth.

From Reuvant’s notes, the Felanek were pack animals before the evolved. After they started to stand upright and developed they still retained a familial bond between large groups of them. Towns a villages would therefore consist of individuals from the same social group.

This strong bond is why the Felanek hate the Quarrud Xiqrons, for over the course of several centuries the blue slavers have visited Thaigrer several times and taken some of the population with the intention of selling them as slaves. In doing this the blue alien have upset the very heirachey of Felanek society. In taking a few individuals they end up affecting the structure of an entire town due to breaking the kinship they share in their social groups.

This is why Felanek victims of the Quarrid Xiqrons who escape will often turn bounty hunter rather than return home. They see return as both an embarrassment and  a cause for more hardship by messing up a society which would have been forced to recover without them.

By becoming bounty hunters, Felanek refugees can get money to pay for weapons and transport and this in turn allows them to hunt their hated enemy at every opportunity. So determined are Felanek bounty hunters to make the Quarrid Xiqrons pay for what they have done to their people they will not stop until every last blue alien is dead.

The pair that visited Earth, Tigron and Oceline came to try and catch a criminal. Whilst they were here the detected a Quarrid Xiqrons incursion and ended up supporting Earth based heroes in repelling the raider. For their part in dealing with the threat they had earned the respect of many in the hero community albeit most “normal” people are unaware that the Felanek have ever visited, or any other alien for that matter.

In the times the pair have been back since that time, they have always been able to astonish our heroes and CLEA with their tenacity and determination. First of all the start of with guns and if they run out of ammo they revert to blades and should they lose them in a battle then they will continue fighting with their bare hands.

It is believed that after visiting Earth for the first time, the Tigron and Ocerine have also crossed paths with Vanguard and the Galaxy Force team.