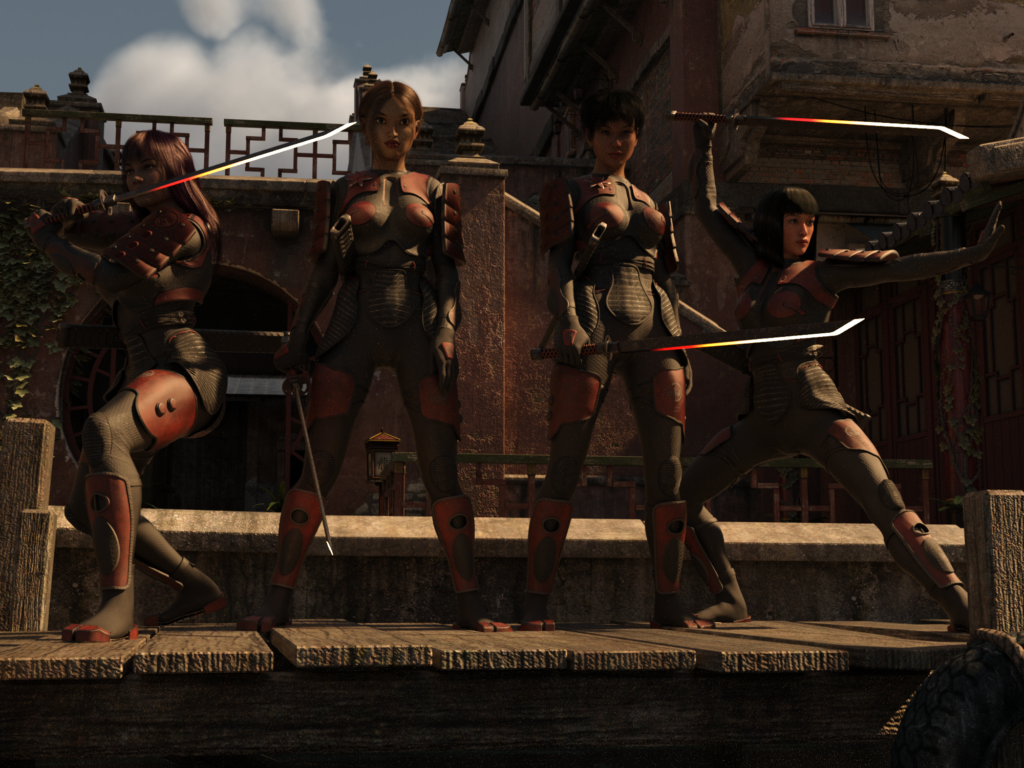 The Hell Hounds are one of the Twelve Assassin teams that have chosen to equip themselves part way between “traditional” Assassin clothing and weapons and more modern materials and design. As such they are part way between teams such as the Blood Goats and the Faceless Ox, and so can often get the benefits out of both old and new.

The Hell Hounds, reference the “Dog” on the Chinese Astrology circle and each of the team has adopted a codename that references a Demonic legendary dog. Like a lot of the Twelve assassin they use bladed weapons for killing their targets and each one is highly skilled in using a blade. The armour is style like a traditional Samurai warrior but uses modern materials. This enables the Hell Hounds to go after targets that have protection from small arms.

Other than that not a lot is known about the individuals since intel on the Twelve is limited at best.