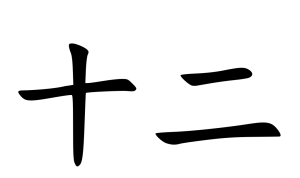 Twelve or “The Twelve” is an ancient order of assassins that originated in China. The name comes from the fact that each team or faction of assassins incorporates the name of an animal from Chinese astrology and the teams all receive their orders from a master known as the Jade Emperor.

Whilst the order has hidden in the shadows and its assassins have carried out countless murders, since the arrival of Alpha Heroes which have impeded the order’s work the result of this outcome is that law enforcement agencies around the world including CLEA have become aware of the existence of the Twelve, and some of its players.

Though many would consider everyone linked to the Twelve is a cold blooded killer, in truth the assassins follow a strict code of honour. They protect those that pay them by way of eliminating their enemies but they will not kill anyone who is deemed honourable. Likewise they will eliminate any client they deem dishonourable from the point of view of the order.

Known Assets:
Note: The assassin teams or individuals derive their collective names from the Chinese Zodiac Animals which are shown in brackets

The Twelve assassin factions all receive their assignments from a person known as the Jade Emperor (currently male although in the past female “Jade Empress” has been in charge) and though he a formidable warrior, the leader of the group has since the early days employed personal guards in the form of “Yin and Yang”. Like the Emperor (or Empress) the names are just titles and the people using them change but almost always Yin and Yang are female warriors.

Yin and Yang though can never contend directly for leadership, that can only come from Seiryu or Ryujin under normal circumstances. Though the Jade Emperor usually assigns teams to perform assassinations, it is believed he/she (or Yin and Yang) will perform killings if a direct threat is posed to the order.

Each assassin that is recruited by the Twelve is selected for identified skills. Sometimes extra training is given by way of the Jade Emperor and once an individual is considered “ready” they are assigned to a team that best suits their particular speciality. As such each team are specialist in one or more disciplines.

Due to the secret nature of the Twelve nobody knows for sure exactly how old the Order is. By piecing together old witness accounts which are often wildly inaccurate, historians estimate the Twelve to be well over five centuries.

It is believed the order was established by the rich and wealthy who had no access to protection and so hired mercenary forces to safeguard their legacies. Around four hundred years ago rather than acting as guards the order of mercenaries decided to take more pre-emptive actions and eliminate threats before they became a problem. Originally their were just three assassins two men and a woman. The somehow came into possession of armour that is believed to be mystical in nature. How the armour was acquired is open to speculation, the two main theories was that the armour was found either in a treasure horde or gifted for services rendered.

The limitations of having only three sets of “special” armour would later establish a rule of three, namely that there would only be three top positions in the organisation. Due to the armoured forms this meant in the beginning the three positions would always be two male and one female.  Though there has not been a Jade Empress in well over a century and she was never seen in public, it is believed that the Twelve actually possess a forth set of armour which allows for an Empress and a Seiryu meaning that two woman and a man can now occupy the top positions. This hypothesis has come about after pictures secretly taken of Seiryu and Ryujin have been studied by armour historians and they surmised that Seiryu appears to be wearing a simpler style of armour, less ornate than Ryujin. Since it is known that the armour is old and not a modern replacement then the theory is that Seiryu is given modified armour. During the conversion/fitting process most of the ornate decoration was lost. The original Seiryu armour is therefore being kept ready for use by another Jade Empress.

To maintain their anonymity the assassins took their pseudonyms from Chinese mythology so the leader became known as the Jade Emperor and the assassin groups referred to themselves as animals of the Chinese Zodiac. To maintain their secrecy they decided to limit their numbers hence there has always been twelve teams, no more and no less and whilst the people behind the titles may change the titles remain, thus even today the Twelve is known as the Jade Emperor.

Since the Twelve had been established from honourable warriors, certain aspects of that became ingrained in the rules and practices of the order, thus anyone that sought their protection would only receive it if they were honourable. Likewise the Jade Emperor would not authorise a killing if the individual concerned was honourable. Though their services are paid for by their clients anyone that seeks the Twelve is warned that if they perform deliberate dishonourable acts on those weaker and less powerful their contracts will be terminated, permanently.

To ensure appropriate justice is handed out anyone marked for death is given the opportunity to prove their honour by facing the Jade Emperor’s bodyguards known as Yin and Yang. Surviving them is the only way to prove they are honourable. Likewise the Jade Emperor can be challenged for leadership by defeating Yin and Yang and then taking on the current leader of the order. Though there is no firm proof of this ever happening historians believe that leadership has only changed hands by the Jade Emperor naming a successor and then taking his (or her) own life.

Historical evidence has also revealed that each assassin has to swear an oath to maintain the four rules of the twelve which revolve around their assignments and secrecy of the order. Revealing the secret of the order, failing to carry out a killing or deliberately taking a life that has not been sanction is all punishable by death and the only way to leave the Twelve is the same.

Since being established the way the Twelve operate has never changed even if the methods of killing have. With the fall people abandoning Japan following the comet strike, it is believed the Twelve relocated to New Tokyo and since then has been operating ever since.

Whilst they generally dispatch of targets by “traditional” means such as swords and daggers, relying solely on skill to get the job done, in recent times the Twelve also seem to have embraced the usage of modern technology, albeit only a limited number of teams operate in that manner.

As each team is a self-contained element all members usually wear the same sort of outfit. This is regarded as part of their identity and the only times it might ever differ is if the team consists of mixed sexes. An outfit suitable for a male might not serve a female member the same way. The best example of this is the Dragon’s Claw pairing where the form fitting armour is of the same style but not directly the same in terms of structure and appearance.

Many people consider if it were not for the interference of Alpha Heroes then the Twelve’s evidence would have solely considered of conspiracy theorist, rumours and vague historical references but now CLEA has managed to establish a good deal of data which includes some of the assassin teams and their operatives. However to date no known member of the Twelve has ever been captured by any law enforcement agency.