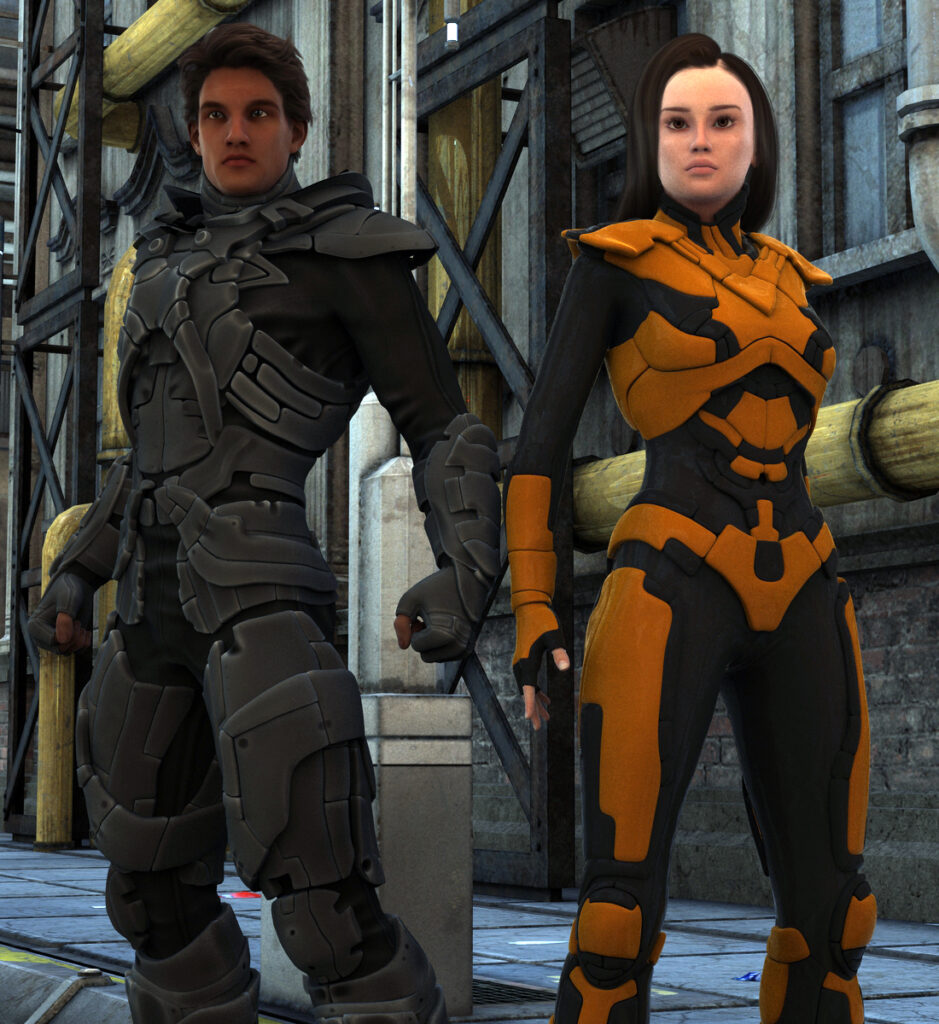 With access to enhanced reflexes, speed and adrenalin this unlikely crime fighting duo can take the fight to the enemy and keep on going.

Jordi was a White Guardian working for CLEA in the European sector. His Alpha ability is based on his andrenalin levels. Once “amped” up his speed, reflexes, strength and physical resilience increase. To try and make himself better at his job he began taking “Marathon” (a drug later discovered to come from the Alpha villain Outbreak). This led to a disciplinary and Jordi had to resign from CLEA.
After rehabilitation he decided to abandon all pursuits of crime fighting despite being invited back to CLEA. Fate would eventually change his mind when he heard of a head strong CLEA agent (Not an Alpha) had tried to apprehend Outbreak alone. The villain captured Emma Delgado and decided to “punish” her by giving her a massive dose of Marathon. Such a high level would cause a massive adrenaline surge that would cause rapid heart failure (as happened to overdose victims) but she somehow survived.
Unable to sleep and now acting like she was hyper active due to the fact her body could not “slow” down, her long term prognosis though was not good for her internal organs would fail due to the strain they were under.
The Knight’s Forge intervened by creating a medication that would counteract the effects of the metabolic changes the Marathon had done to her. Though not an Alpha she returned to CLEA and took up a position with the White Guardians. Shutting off her medication allowed her to act, think and react far quicker than anyone else but her rapid mood changes and erratic thinking meant she did not fit in as part of CLEA’s elite.
She therefore left and tried a career as a costumed hero. Emma took the name Hypergirl since most people assumed her odd nature was because she was hyperactive.
Unable to think straight for more than a few minutes at a time when off her medication meant she got into quite a few scrapes. Jordi got to hear about this strange new “hero” and after a bit of research believed he was the only one who might truly understood what she was going through. He sought her out and when it became apparent she would not give up on her crime fighting he decided to become her partner, taking the name “Rush”.