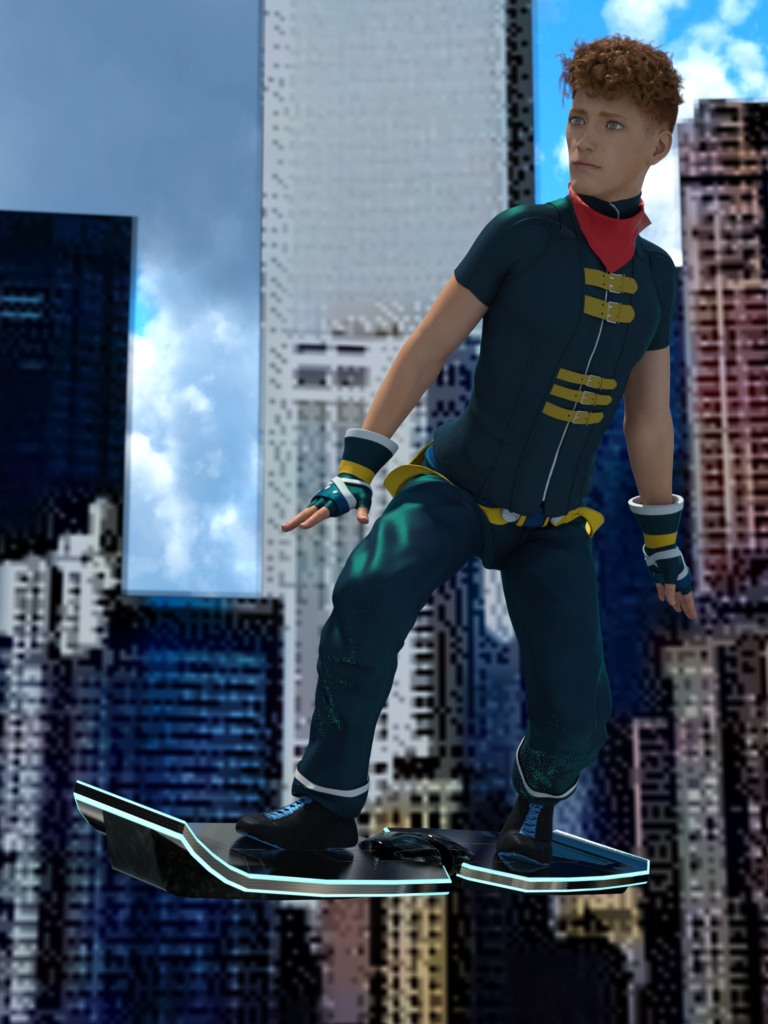 Over the years the Knight’s Forge has strived to recruit the best scientific minds and inventors so that they can keep up their vital support work for heroes. On occassion this has led them to head hunt some unusual people. One of these was Rafael Becker

At the age of thirteen he had published his first science paper and the young genius seemed to be going from strength to strength. The Forge though held of trying to recruit him until he was sixteen. When they did send an undercover operative to find him, the operative quickly discovered subterfuge was not required for Rafael already knew of the Forge. His intellect and skills in handlng data had revealed a hidden program operating in the background, supporting heroes and once that was known it did not take him that long for him to learn the identity of the operation. Rafael though was disappointed they had not reached out to him two years earlier when he had discovered that.

Invited to a meet and greet with Cade Lewis, he accepted a position working for them. In  short space of time he had integrated himself quite well with the other scientists although he did find them a little “stuffy”. As well as working on specific projects, Rafael set himself up a small project of his own. The Forge had alien tech and stolen tech from villains, and he’d always fancied buidling himself some sort of advanced hovercraft. What he ended up building was a type of flying skateboard. Still young and having built and supplied equipment for heroes, he wanted to have a go at that life as well.

Cade was tempted to deter Rafael from the crazy idea fearing if the boy genius got injured or killed then they would lose a valuable asset. However he was also aware that in trying to control  Melissa Henshall she had ended up turning into Dr Blacksmith, the Knight’s Forge “evil” counterpart.  The decision was therefore a tricky one but in the end Cade decided it was best if Rafael walked his own path.

The decision proved a correct one for as well as becoming the hero known as Jet Wave, since he was not forced into staying, Rafael tends to use facilities belonging to the Forge as his “secret hideouts” and whilst stationed there he continues to use his expertise to assist in important projects.