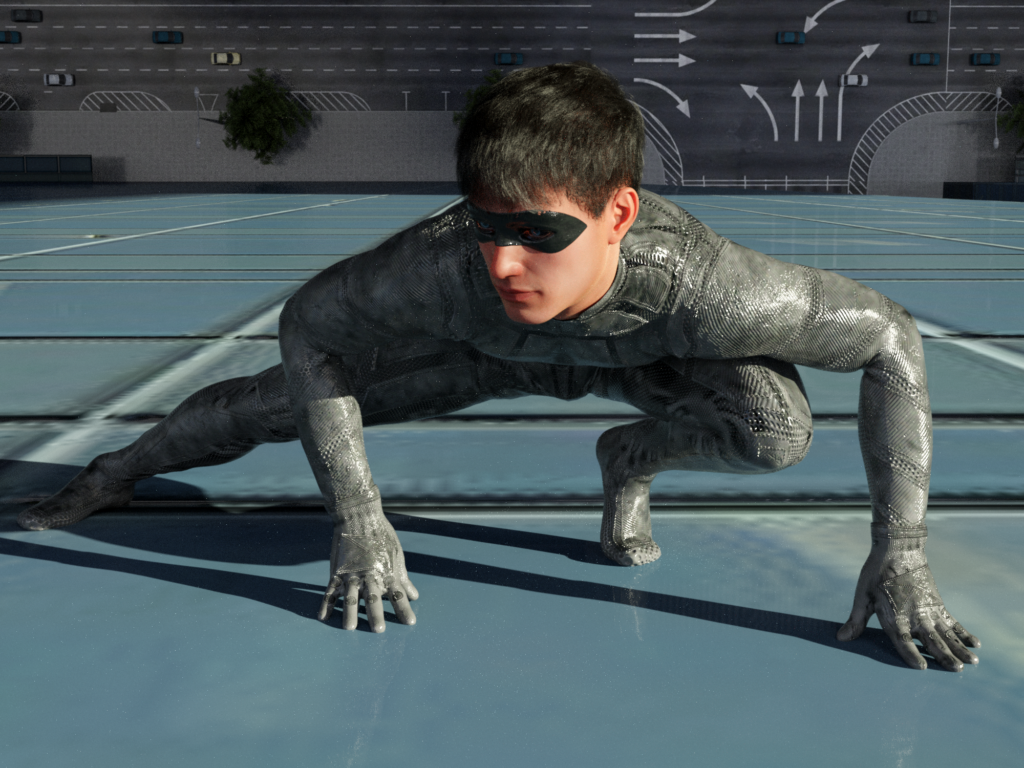 Katipo is one of the few “victims” of ARGO that is not intent on hunting them down. Having established a career as a thief they actually improved his “skills”. As an Alpha Inferior he had been kidnapped by the group and “modified” with bio material they had stolen from Trident member “Gecko”. This had the immediate effect of jump starting his transition to Alpha Superior and he inherited Gecko’s ability to cling to any surface.

As with most of their other experiments, they were trying to examine differences between an Alpha Superior and Alpha Inferior in order to find if there was a common link between both status which would lead to the gene responsible for giving all Alphas immunity to most diseases. Having already got a sample from Gecko, before grafting her DNA on him they took a sample from his body and then after the procedure was complete they took another. This gave the rogue scientists three sets of comparison biological samples. No longer of any use to them, they simply let him go. About the only saving grace for ARGO was the fact they did not deliberately set out to kill anyone and tried to avoid it.

With his new found abilities Lachlan was the ultimate cat burglar but annoyingly for him he still had a conscience.Previously he only stole off those that could afford it and often any excess profits he gave away. Having come from a poor background he knew what it was like to struggle to survive. With Alpha Abilities at his disposal he couldn’t help but think he could do more.

Then when he learned of a charity being evicted from its premises because they could not afford the rent to pay a wealthy real estate manager, he got the idea that he would take an interest in those that had power and ran it rough shod over those with nothing. They escaped justice so he thought that some form of social justice would be appropriate. Exposing the rich for the monsters they were led him to create the persona of the Katipo,something of a Robin Hood of cat burglars.

Though he is known to have committed lots of small time thefts, he had also “obtained” vital evidence needed to convict criminals by using his special abilities to steal it. This meant that the police has tended to turn a blind eye to his “work”. Other heroes have even ignored him, since as Katipo he had assisted them time and time again. The way most look at him is that some times you have to do something wrong to do the greater good.

That however has not stopped him getting a growing list of enemies!