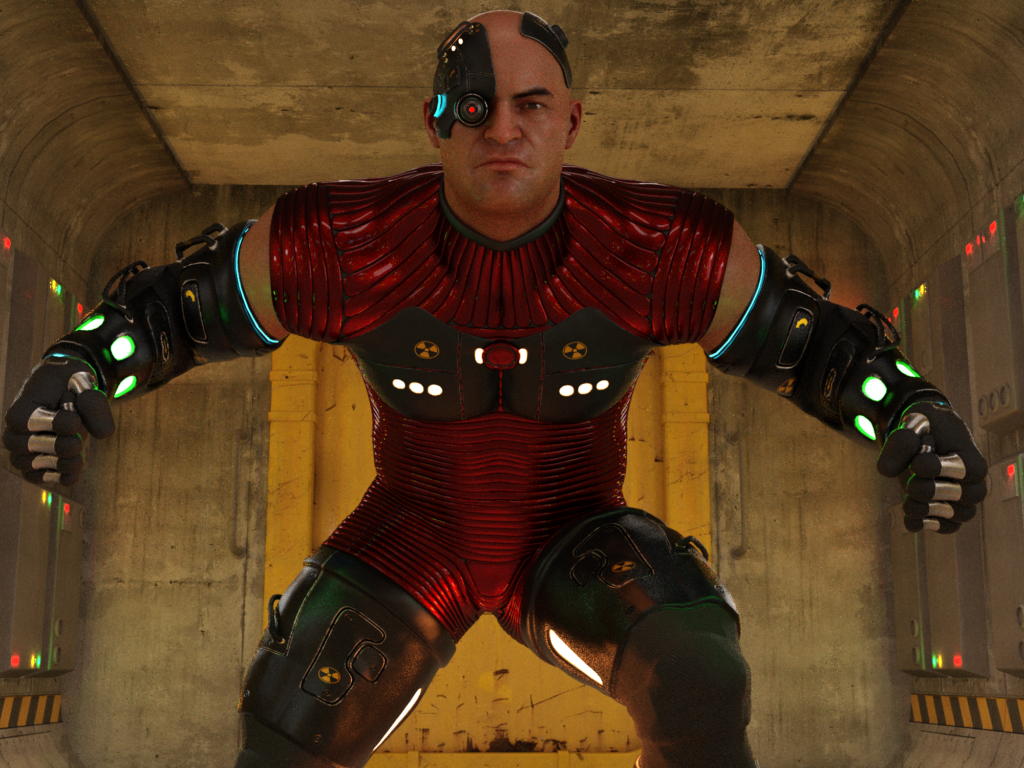 Linebacker was discovered when CLEA raided a facility that had been used by Langham as a base of operations for her Raiders. Sufficed to say the Strike Team was surprised to find a single Raider waiting for them. Even more surprising was the fact that it looked like most of its systems had been cannibalised.

Though Raiders were classed as dangerous they were still human or human in part. Rather than allowing their discovery to die the unit was taken back to a secure CLEA facility. There new parts were built to restore it systems. Once “operational” CLEA Agents tried to interrogate the unit for information regarding Langham’s operations. Unfortunately the Raider had no intel to offer other than the fact that most of its memory had been wiped. Since at its core was a human male it was referred to as “he”. Sufficed to say the “he” was quite angry at the fact that Langham had chosen to butcher him to fix the other members of her team before fleeing and leaving him for CLEA to find. Knowing he was human but had been made into a machine he asked to be powered down and left to die. The Agents though offered an alternative and that was to work for CLEA to ensure others would not fall victim to Langham’s schemes.

From measurements taken and investigations into Linebacker’s tech, it is believed that he is one of her early experiments. The consensus is that he was abandoned after being considered a failure since there have never been any others Raiders with all encompassing body armour. This is probably down to the fact that though supremely strong the bulk of the armour restricts movement and hence agility is lost.