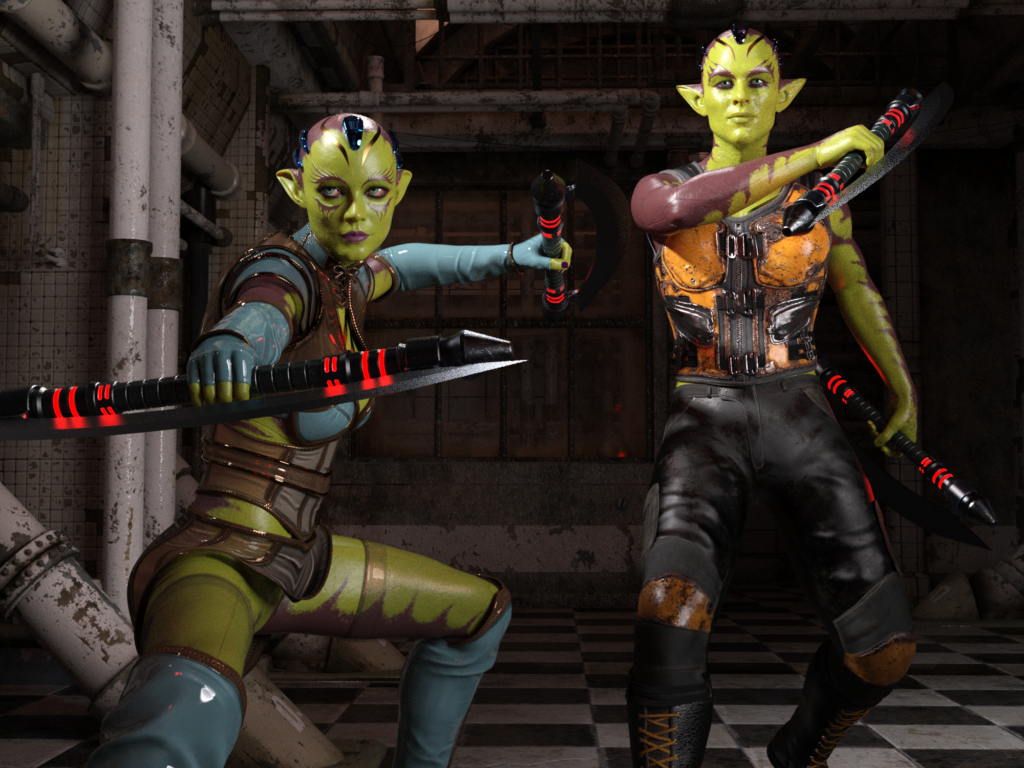 So far the Earth has only been visited by two member of the race known as the Zellarians. As Reavant only knows them as belonging to a closed society, CLEA cannot determine if the entire race is friendly, or just this pair.

Most information regarding the pair came from a human, Elijah Fitton. He had been an oil worker in the far northern reaches of Canada and kidnapped by the intergalactic slavers known as the Quarrud-Xaiqrons. Having been fitted with a device that enabled communication with other races, Fitton had managed to talk to other prisoners on the ship. This is how he met the pair of Zellarians.

A proud race, the Zellarians were unusual in that they embraced advanced technology as a way of improving their bodies but preferred to revert to simpler weapons for fighting. The Quarrud-Xaiqrons had plans to either sell them as hunters or as fighters. Since the Zellarians were known for the combat prowess capturing the pair had been quite a lucrative move on the Quarrud-Xaiqrons since the race rarely left their home system. This meant they commanded a high price on the slave market.

Though prisoners were not supposed to mingle, Fitton had noticed that the guards must have underestimated human ingenuity for they tended to ignore him. Having been made aware that he was going to be sold as a slave, he thought that the best chance to escape had to occur before the ship reached its destination. Aware he could not do it alone and being the only human on board he had seen he chose to befriend the only prisoners that seemed to at least acknowledge him, namely the Zellarians.

Working as team the trio managed to break out of the prison holding area and steal a jump ship. From then on it was a case of outrunning the Quarrud-Xaiqrons who were not too keen on their prized pair escaping on them. By the time the slavers had given up, Fitton was a long way from home. The Zellarians also wanted to get home but knew that the human stood little chance of making it alive with so many dangerous aliens around so they chose to honour him helping them by going with him to Earth.

After many adventures the trio reached Earth and parted company. Though the Zellarians were now free to return to their home, they felt they had the opportunity to explore the galaxy, something that would have been denied them if they returned to their own people. Also having seen the threat from slavers and other races who preyed on other they felt that it was their duty to protect their own people from such threats which included other intergalactic criminals. Before leaving they left Fitton with a communication device.

As well as returning to Earth on the odd occasion the Zellarian pair have crossed paths with other intergalactic heroes and leant their support.