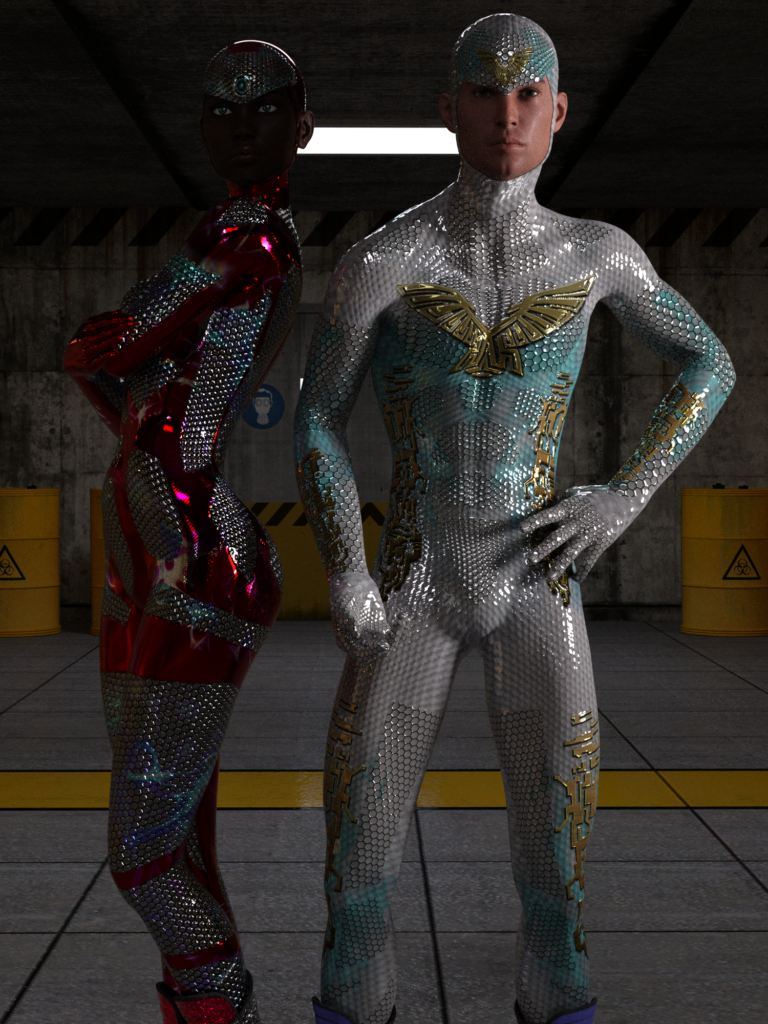 Quasar and Pulsar are the result of an experiment by a small rogue group of Eopua. Whilst the Eopua had put in plans to evolve humans over time, a small group of them feared that humans would not be ready in time to take on the mantle of protecting the galaxy. To this end, against their leaders wishes they decided to experiment on humans to try and make them evolve their Alpha abilities a lot quicker.

Using advanced disguises two members of the rogue Eopua science team visited Earth and pretended to be a human couple. They visited several orphanages under the pretence that they wanted to adopt children as they were unable to have any of their own. For their experiment they needed to babies or toddlers, nothing any older. Whilst one of the Eopua distracted the carers the other would scan the children. They needed a specific genetic sequence for their experiment. Though the Eopua had the means to “grow” a human clone, that was not suitable for use since humans were seldom “perfect” as there was always a little randomness. They therefore needed two actual humans that fitted their needs and in Hans and Loretta they found what they were looking for.

Having obtained the children, the Eopua scientists brought them back to their facility and started their work. The process involved lots of genetic modification as they were growing up. Since they were under the care of the Eopua they had nothing to fear and regarded the aliens as their true parents. The scientists tried to give the children some sort of “normal” human upbringing and educated them throughout their early years. From the outset they never hid the fact the children had been brought from another world, nor did they hide the fact that they were “special” and would have to one day return back to the planet.

As per their intention, the Eopua scientists were successful in giving the children Alpha abilities which started to manifest in their early teens. It was now that the scientists moved onto phase two and decided to teach the teenagers how to become one with their abilities, and in turn to become the best warriors humans would be capable of being.

When both reached the ages of twenty six, the Eopua started phase three of their experiment and return the pair to Earth. This was to be their practical test, to see how well they could use their gifts to protect others, the same work humans would need to perform if they were to protect the galaxy. After being deposited on Earth,  Hans and Loretta knew that would be the last time they would see their parents. They were aware that they would still be watched from afar but as far as they were concerned they were now on their own.

Despite the fact they had been taught all about Earth culture they had a hard time getting a grasp of things. For a start they had to learn how to blend in, since “heroes” were often targetted by villains so they had to avoid staying in their nice shiny suits when not needed or else they would end up with a bullseye on their backs. In time they managed to make the transition to human life and joined the hero community under the guise of Quasar and Pulsar.

Though accepted as as Heroes it took the pair a long time in deciding who they could trust and who they couldn’t this is why few people know their true history apart from the Phoenix Alliance.

In time though, with all the other heroes on Earth, the pair felt they lacked purpose. Therefore when they heard about Star Patrol, they chose to join the team and hopefully find something to give their lives true value.