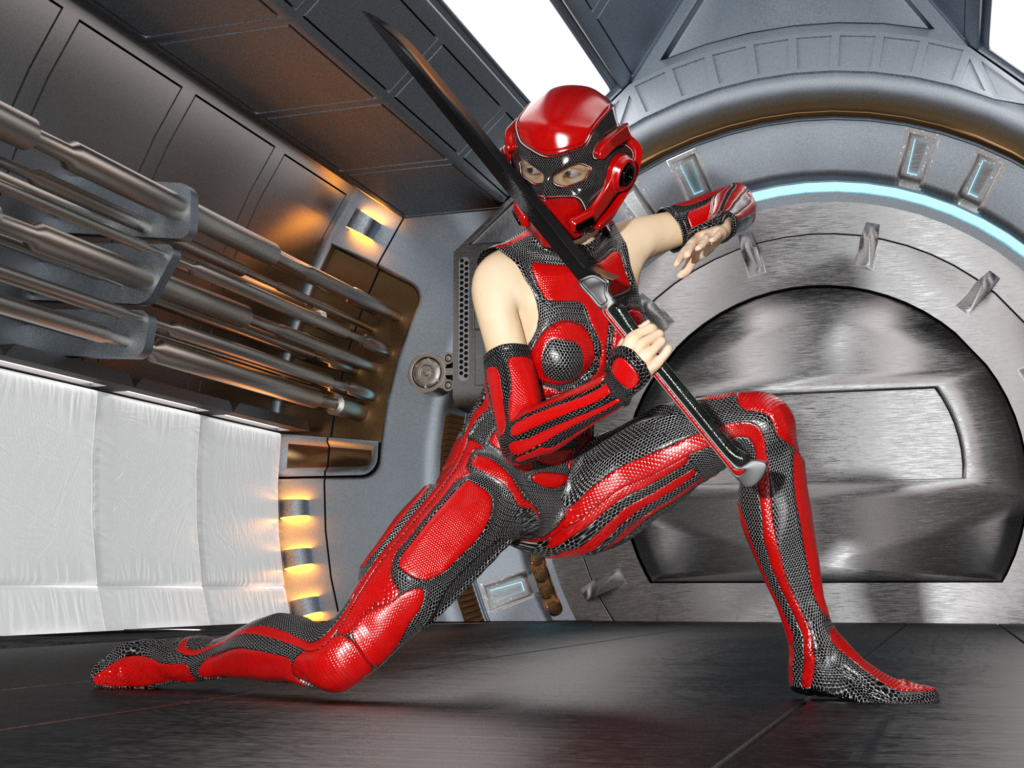 Reynard or the Fox is currently the human bodyguard for Qex.  After Yasmin Malar (Tempest) escaped Qex was desperate to find a replacement. She eventually found vigilante hero in New Tokyo called the Red Tarantula that seemed to fit her needs. Though taking a “public” figure was high risk, Qex, decided to chance it and had her drones apprehend Ayaka. Taken by surprise the hero never had the chance to put up a fight.

Once brought back to Qex, Ayaka was fitted with a control implant that essentially bypassed some parts of the brain and the end result of this was she became compliant and loyal to the alien. Now under Qex’s control, Ayaka was then outfitted with alien body armour. Her hero garb was considered inferior for Qex and so was upgraded, along with her weapon. After this was done the old Reynard was no more. Instead all that remained was a servant of Qex.

In the beginning when other heroes who knew Ayaka came after Qex they often assumed that Ayaka was present for the same reason. Consequently they were taken by surprise when she attacked them as opposed to joining them. Though that gave her some advantages early on it did not take long for word to spread that Reynard was under the alien’s control.

In more recent times the major threat to Reynard has come from Tempest, who is still seeking revenge from Qex. This has led to further upgrades to her by Qex. Forcefield generators were added to the armour and Ayaka was given a compound developed by Qex that would make her heal from injuries at an accelerated rate.