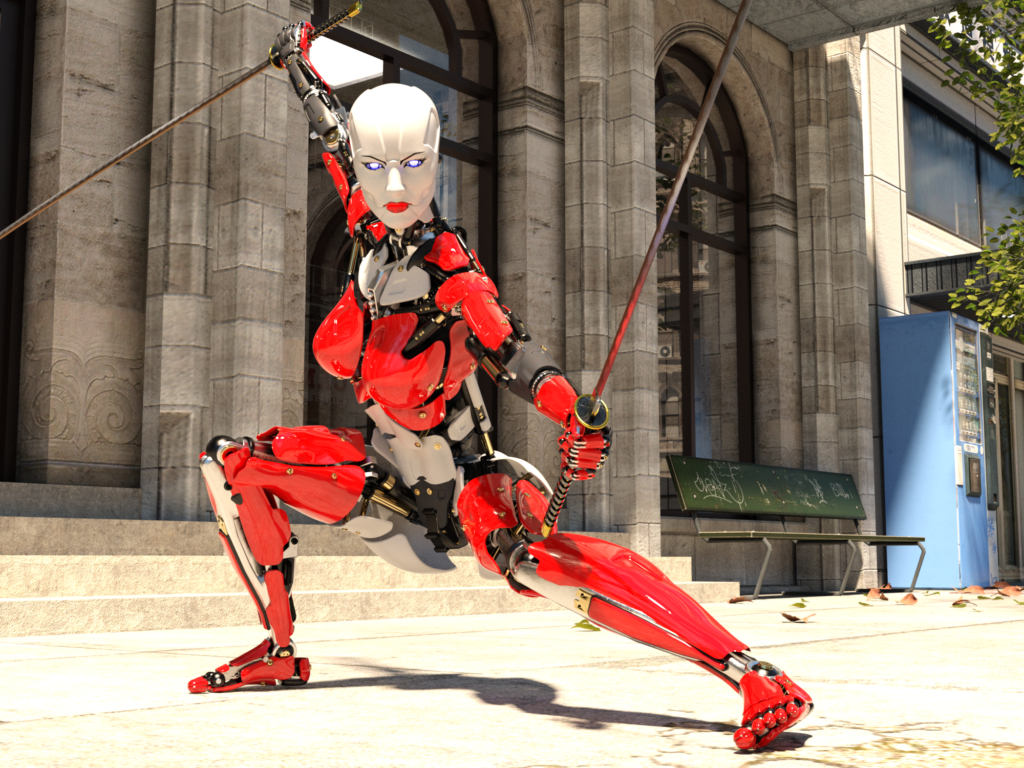 Mark Ryce created Tenshi as a replacement for the Tengu robot. Never satisfied with his work he was always improving it and with a growing number of enemies Ryce felt he needed to protect himself better, despite the fact that he already had the Drone Lords.

Based partly of Tengu, Tenshi used newer and lighter materials to both give it greater speed, strength an agility. Ryce also added an upgraded combat software to the unit making it a very efficient killing machine. Though pleased with Tenshi, Ryce chose to upgrade Tengu with some of the new developments so whilst not as fast or as strong the older machine can still hold its own.

Currently Ryce deploys Tenshi to take down targets that he considers a threat.