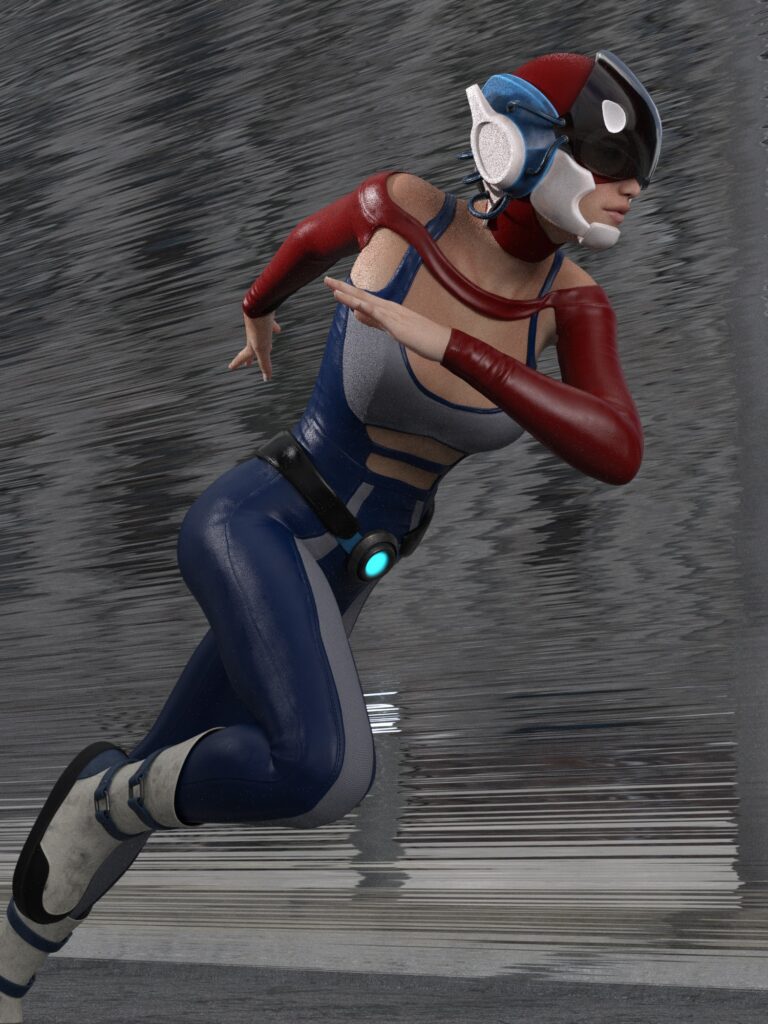 As an Alpha criminal Callie is unusual for she openly avoids trying to endanger innocent people. Her speciality is theft and this the extremely adept at due to the fact her Alpha abilities allow her to move at incredible speed. This allows to get in and out of places before security personell are aware they had been robbed. Even when she is detected by cameras all they record is a blur.
Whilst she does try not to hurt anyone that gets in her way she is still very high on CLEA’s wanted list because on occasions she is hired by powerful crime organisations and in those cases the items she steal could be used to harm a great deal of people. Due to her speed few others can keep up with her but there is one exception, Aries from Team Zodiac.

Over the years the pair had engaged in a strange sort of competition of who can outsmart the other and whilst Mike Williams knows it is his duty to hand her over to the authorities he more often simply makes her hand back what she has stolen (providing of course he catches her). In his mind he sees Callie as a rebellious young woman whom is not outwardly “evil” like other criminals but instead has been led astray and is perhaps naive of the repercussions on her actions. Though Callie is slightly faster than Aries she is a lot slower in acceleration to her top speed. This means he has an advantage when a chase occurs over a “course” with lots of direction changes but in a straight line, if she has a head start on him he does not stand a chance.