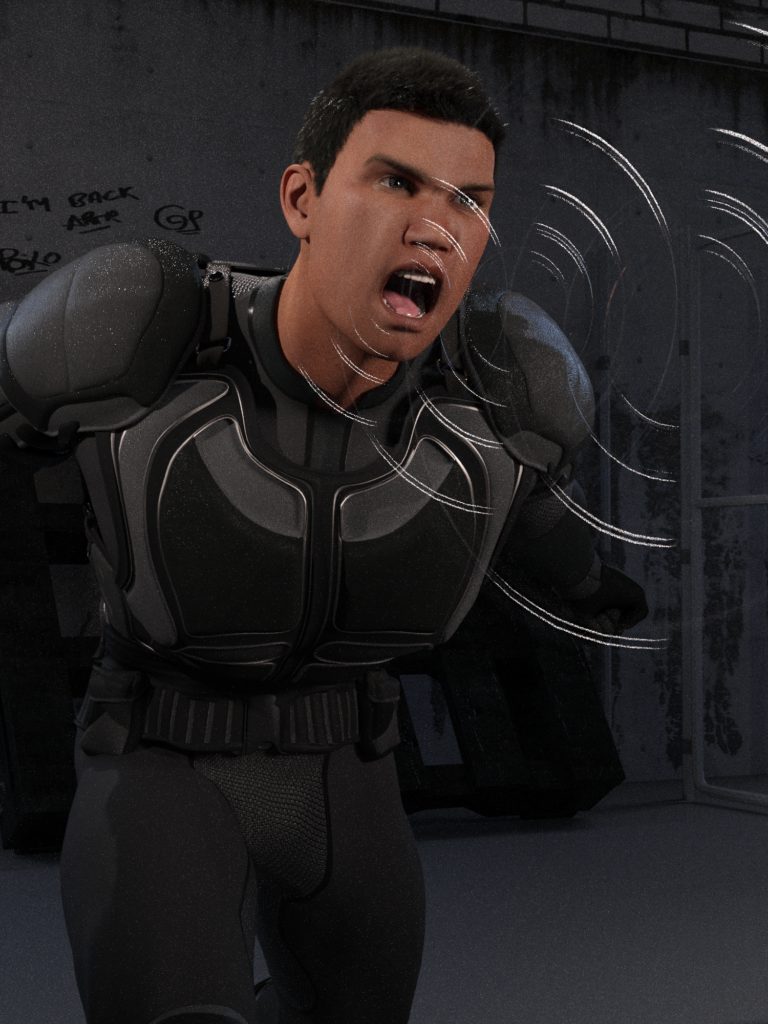 With a voice that can break down walls, hurl objects and stun a street load of people, CLEA consider Ultrasound to be a most dangerous opponent. Due to the way his Alpha abilities work few Alpha Heroes are able to deal with him all except Vox whom he considers his greatest threat although luckily for Grigori the pair rarely cross paths.
Due to him being able to deal with most threats by himself Ultrasound likes to work alone as it means when he gets hired for a job he does not have to share the rewards.