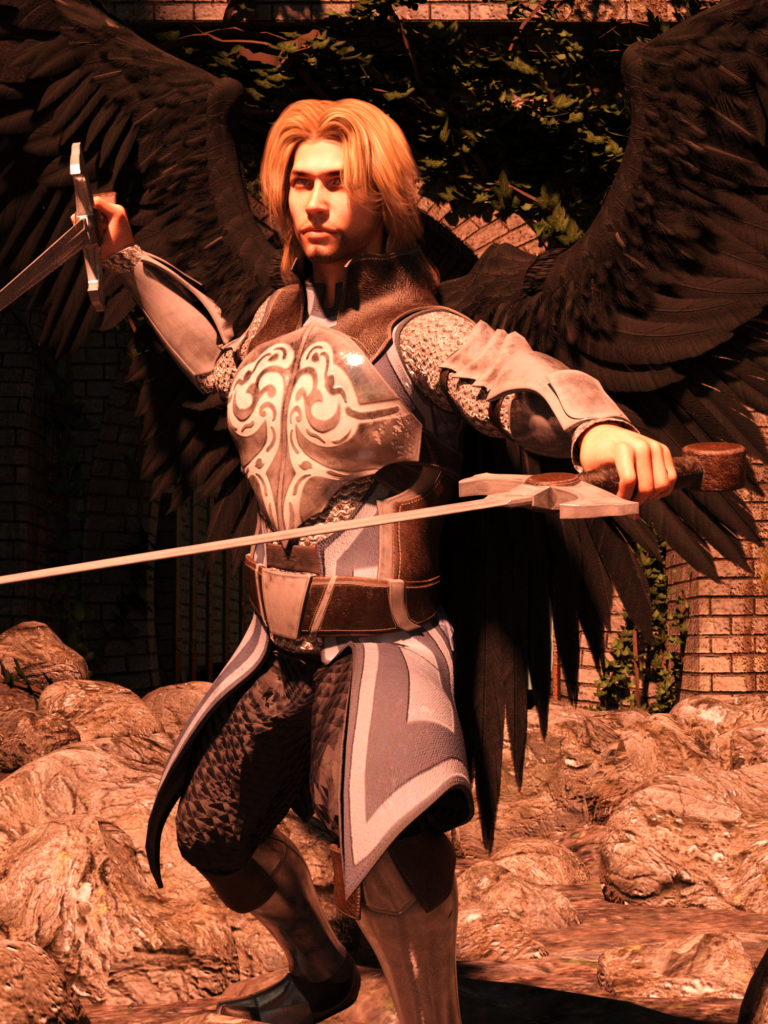 Barnabas was once one of the order of Archangels, the highest rank of Angels that enforce the laws of the Light Realm. After eons of punishing the lower ranks for interfering in the mortal realm, a reaction to the Demon’s cheating their truce, he chose to adopt leniency and “ignore” some of what he thought were minor transgressions. Eventually his inactions were noticed by the other Archangels decided he could not fulfil his duties and they cast him out of the order.

Now an ordinary Angel but with the knowledge of Archangels he had chosen to use this to assist the mortal realm in fighting against Demons that cheat the system. By knowing all the blinds spots of Archangels he can time his visits to the Mortal Realm and avoid detection.

Whilst Demons may accuse him of breaking the truce, without proof there is nothing that can be done. As far as Barnabas is concerned he is cheating a system that is already being cheated.