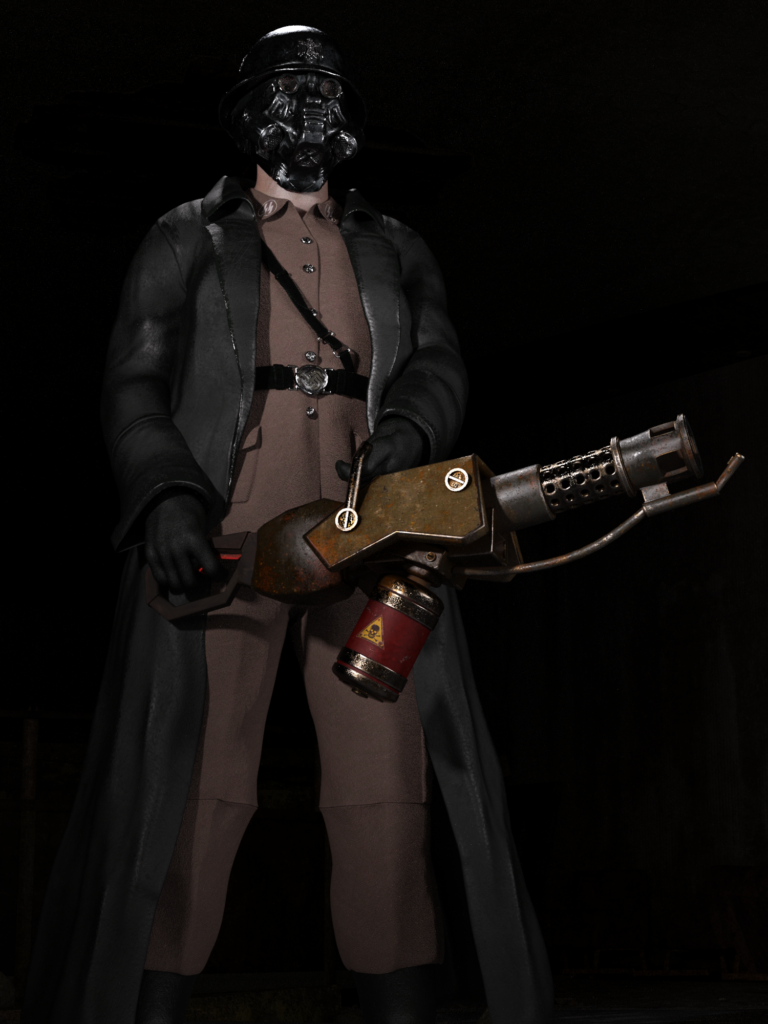 Marcel Wimmer was just an ordinary office worker with a family until a clash between the werewolf Moon Claw and the animal hybrid Overbite saw the entire family wiped out.To avoid being bested by Moon Claw, Overbite had picked up the family car and threw it at his opponent. On impact the fuel tank exploded and Marcel was the only one to get out.

The tragedy was put down to collateral damage but that seemed an excuse to Marcel. Consumed by grief his mind cracked. To him his loss had been down to “animals that had been allowed to live in our society and needed to be eradicated.” At the police were not going to do anything about it he decided it was his mission in life to make sure humans society was for humans only.

After building a flame thrower he began hunting and maiming any impure “animals” he could find. This also included aliens. Essentially anything that was not a human became a target.

On numerous occasions he has been arrested but such is the support he has from right wing member of the general public, he had never been incarcerated for he somehow gets outside “assistance” which allows him to escape.