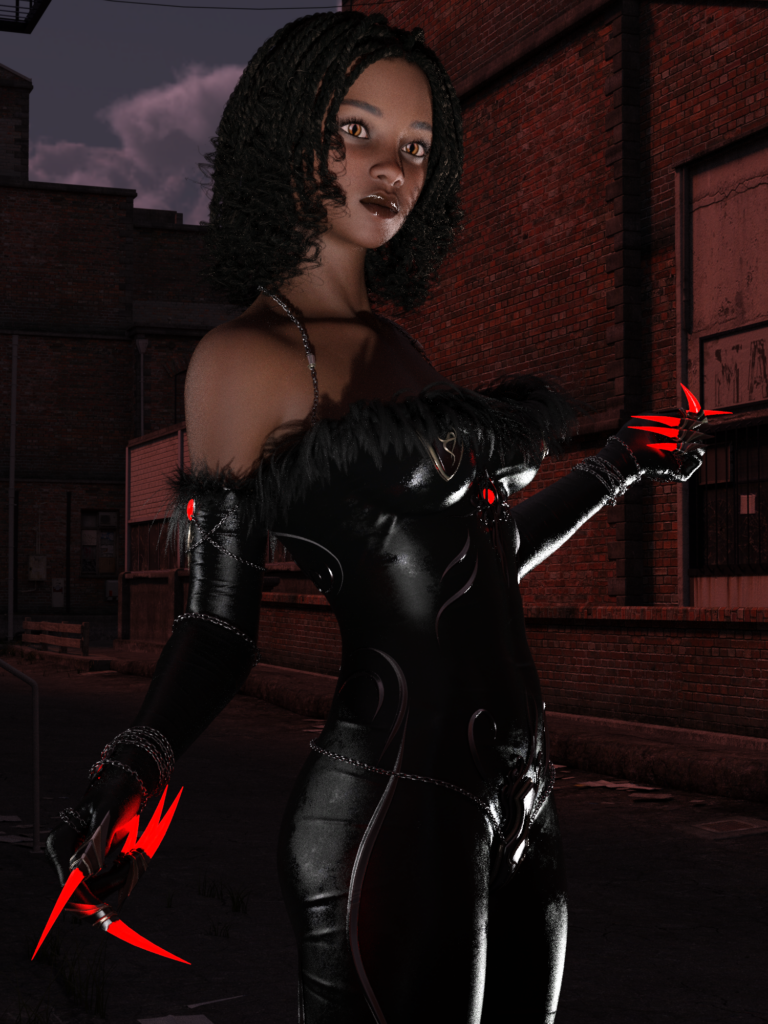 Serwa was once a member of the House of Biobaku. There she served in the Coven security ranks. Already a violent individual before she was turned, the blood lust amplified those emotions. This was what made he an effective hunter of renegade vampires. The only problem was the more she killed her negative urges increased. As well as finding pleasure in violence she also started to enjoy inflicting pain and suffering in others. When working security there were regular incidents in which she had to be removed from interrogating a suspect simply because she started to become less interesting in getting information and more focussed on torturing the suspect.

Her fall from grace came when she was rude to one of the House Elders who chastised her. Serwa flew into a range and attacked and had to be restrained. Whilst being held for attempted murder of an Elder, a death sentence for a vampire, she tricked her guards and escaped.

Natasha had heard of Serwa, and despite the rogue’s notoriety, felt the League of Blood needed a strong warrior like her. Tired of having to deal with people that came after her, Serwa accepted the invitation to become a partner in the League. Despite her uncontrollable nature she had found a way round it, by directing all her negative urges at the League’s enemies.