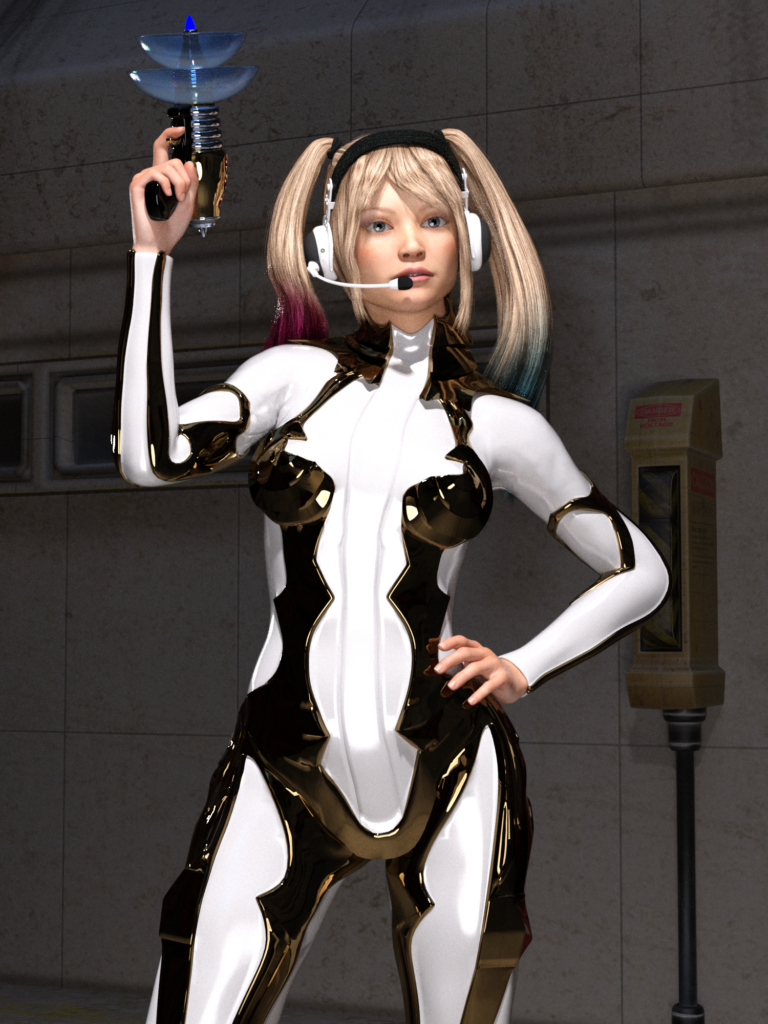 Cynthia. a one time child prodigy that was once considered by the Knight’s Forge. With a special interest in sound, at the age of just fourteen she came up with the idea of a sonic resonator that could be used in mines to bring down rocks without the need for explosives.

Her life was turned upside down not long after that when she lost her parents and sister after they were killed in a car accident. The driver was a business magnate and had been drinking but got away with the crime because he “paid” for someone else to take the blame. Cynthia knew he was guilty but legally the case was over.

Angry and bitter she decided that she was going to make the man who took everything pay by taking everything from him. Using her own idea, she produced a smaller version of a the resonator and put it in a gun. Able to control the effects of the gun with her own voice she went to the man’s company and literally tore it apart with the weapon. Though she knew what she was doing was a criminal offence since the law had not worked in providing justice for her family she did not have a problem in breaking it.Unfortunately in demolishing the factory she killed the owner which hand not been her intention. She had wanted him to suffer instead.

In the eyes of the law she had committed premeditated murder. Rather than turning herself in, she went on the run. Knowing that she would perhaps spend the rest of her life in jail, to stay free she started making friends in the criminal community where her services and weapons proved quite useful. This culminated in a brief alliance with Dr Blacksmith, who built her the armoured suit. The partnership fell apart when Cynthia figured that the rival inventor only wanted to learn about her weapon so she could make copies and sell it. This in turn set up hostilities between Cynthia and Dr Blacksmith that has yet to be resolved.

As a mercenary Cynthia, code named “Symphony” is very calm and calculating individual. Unlike other criminals she uses her intellect to try and out think her opponents. Unless specific to the task in hand she will not use her weapon which indicates she does not desire to hurt people but if cornered she can be highly dangerous.