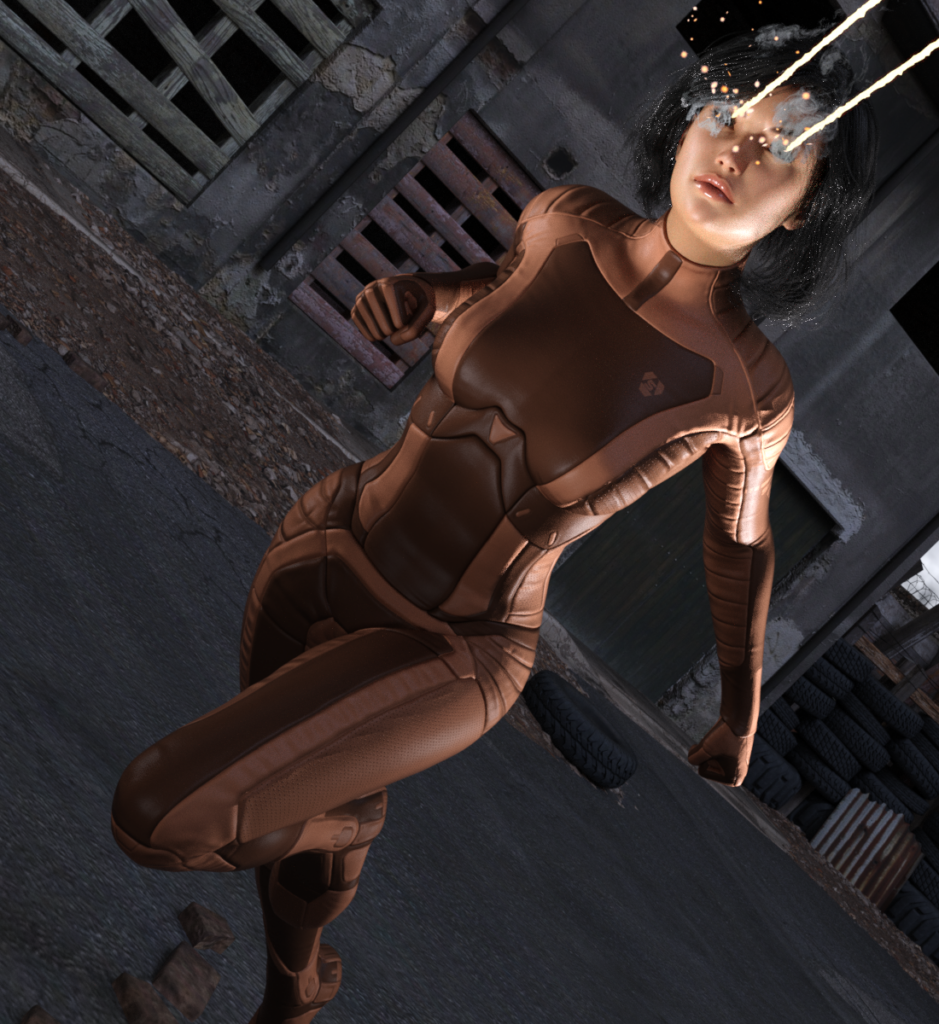 After a relatively normal childhood Mae’s life completely changed when she decided to take a gap year and spend it with her friend, Tessa, backpacking across South America. For a few months they managed quite well without incident despite the fact that people warned them that two females alone was too risky.

Then it all went wrong when they came a across a small village that was run by a crime gang. As well as extorting money out of the locals they were opportunists who liked kidnapping foreigners when the chance arose. The children of rich parents were very good targets for their parents would pay huge sums of money to get them back.

Tessa’s parents were rich so she was released very quickly. As Mae’s parents only had a modest income they could not afford the ransom. Tessa’s parents offered to pay but the gang though it was a trick and broke of communication. Turning to official lines, Mae’s parents were stonewalled. The American government did not pay ransoms.  Rescuing was out of the question since the village was so remote, the chances of getting in and out without being noticed and causing a political incident were slim.

Stuck with a teenager on their hands, the gang were left with one recourse, which is what they did to all kids whose parents did not pay, they sold them into slavery. Boys became workers whilst Girls became prostitutes. It was one way in which they could recover finances from a failed ransom.

Before Mae was “sold” the gang was approached by a well dressed gentleman who seemed well informed of their kidnapping operation. He offered to buy all their “slaves”, and made them a financial offer they could not refuse.

Two road trips and a plane journey later she arrived at a large industrial unit. What she did not know was this was a facility that belonged to Citadel. She and all the others were then taken an left in separate cells. Compared to the squalor she had got used to the clinical rooms were like luxury albeit she was still a prisoner.

For several days she was taken to various rooms and poked and prodded by people she assumed were scientists or medics. They seemed to take ever possible medical test she could think of. Finally she would here one of them announce that she was a “suitable candidate”.

The next day she was strapped to a gurney and then given an injection and the next time she woke up she found herself in intense pain. She was still strapped to a hospital bed but had not been taken back to her cell. For several more days Mae would have more test conducted before learning that the “mass” had taken. She still however had no idea what had been done to her.

The truth was eventually revealed when she woke one morning and stared at the ceiling and immediately burned two holes in it by way of energy beams that came from her eyes.  Alarms sounded and the room was filled with gas which knocked her out. When she opened her eyes again she was in a lab. She was vertically restrained in what seemed to be a large glass cylinder which seemed to prevent the beams coming from her eyes from burning the rest of the room.

For the first time now a scientist explained what had happened to her. Mae was told they were experimenting with extra terrestrial tech and had found a living biological weapons system that they wanted to see whether it could be adapted to work with humans. She had been the sixth test subject and the only one that had survived. As such she was very important to them.

For weeks the scientists put her through a barrage of tests but made sure precautions were made so she could not escape. During this time she got some control over her eyes so that she no longer torched everything in sight and when she wanted she could “see” normally. She soon discovered that whatever they had put inside her gave her increased stamina and enhanced strength and speed as well as a means to heal her body.  As well as this she learned that when stressed or worried her skin also had a tendency to run at a high enough temperature that she could set fire to her clothing. Despite all these “gifts” the scientists made sure she was kept in such a way that she was still a prisoner.

Then one night all hell broke lose. Alarms sounded for a while before the power failed. This gave her enough time to break free of her restraints and remove the “helmet” she had been forced to wear at night. A long time later she would learn that the Menagerie had learned of the facility and chose to conduct a raid. Mae and other “test subjects” were able to escape during the confusion.

It would take her months to find her way back to America but once there she feared that she would be a danger to her family and others so chose to spend her life squatting on the streets of Pacifica. She was also concerned that Citadel might try and take her back.

As more time passed she made a few friends with the other down and outs and started to use her gifts to defend the people that nobody else seemed to care about. She became something of a champion to them. Over the passage of time she revealed to her friends on the street what had happened to her, since they were curious about her gifts. When she started noticing that something was changing and her body started to suffer intense bouts of pain, they wanted to return the favour, but Mae refused all help. She feared that is people knew where she was via official channels then Citadel would find her.

Eventually the day came that she had dreaded. Somebody had found her. The man however was not Citadel, but a failed doctor. Her friends had got the word out and he had been the first to respond. He called himself “Doctor Psy” and all it took was one “look” and he told her the alien mass inside her body was growing. Far from being just a weapon it was an actually the larva of an extra-terrestrial being. The diagnosis was grim. If allowed to continue it the larvae would eventually consume her body before hatching into a juvenile. Her gifts were the lava’s means of protecting itself.

Doctor Psy felt he could stop that an save her life but what he needed to do was delicate work and he could not do it on the streets. She therefore went back to his place. Mae expected him to do some sort of medical procedures but Doctor Psy explained that his “tools” were his mind and that he was able to use telekinesis to a fine degree of accuracy to perform operations on people. In her case he needed to target the larva’s brain and essentially lobotomise it to stop it from growing. However if his aim was off by even a few millimetres he could kill her which is why he could not do the procedure on the street. For this same reason he would not do it if she did not want him to continue as it was not his life to risk.

Though not great odds risk, Mae felt that is she did nothing she was dead anyway and asked him to do the procedure. It took several sessions for Doctor Psy to shut down the larva and so she stayed with him for a few days. During that time she told him a great deal about herself but he said very little. When quizzed about his past he simply said that he was ashamed of it which is why he now helped others but refused to divulge any details.

The procedure was successful and after he told her that, the next morning she got up and he was gone. A note left for her to read revealed that the apartment was not his but had been taken in her name. He believed she was important to the people that nobody had cared about so he had chosen to help her. Doctor Psy had also left her a number suggesting that she use it as they would be able to help in regards to her super heating skin.

The number led Mae to the Knight’s Forge. Though they had no idea how Doctor Psy had got contact details or even who her was at the time, they had heard of her exploits in Pacifica. Just as the Doctor had predicted they were able to build her a suit that could not only cope with her extreme skin temperatures so that the outside layer remained cool to the touch. As an added bonus the heat shunt could also be turned off so she could use her hot skin as a defensive weapon is needed.

Now with a place to stay and a means to control her gifts, Mae returned to her duties as a champion for the people that nobody care about. She would eventually reconnect with her family but could not stay with them because of her “work”. The only question that she had left was who exactly was “Doctor Psy”.