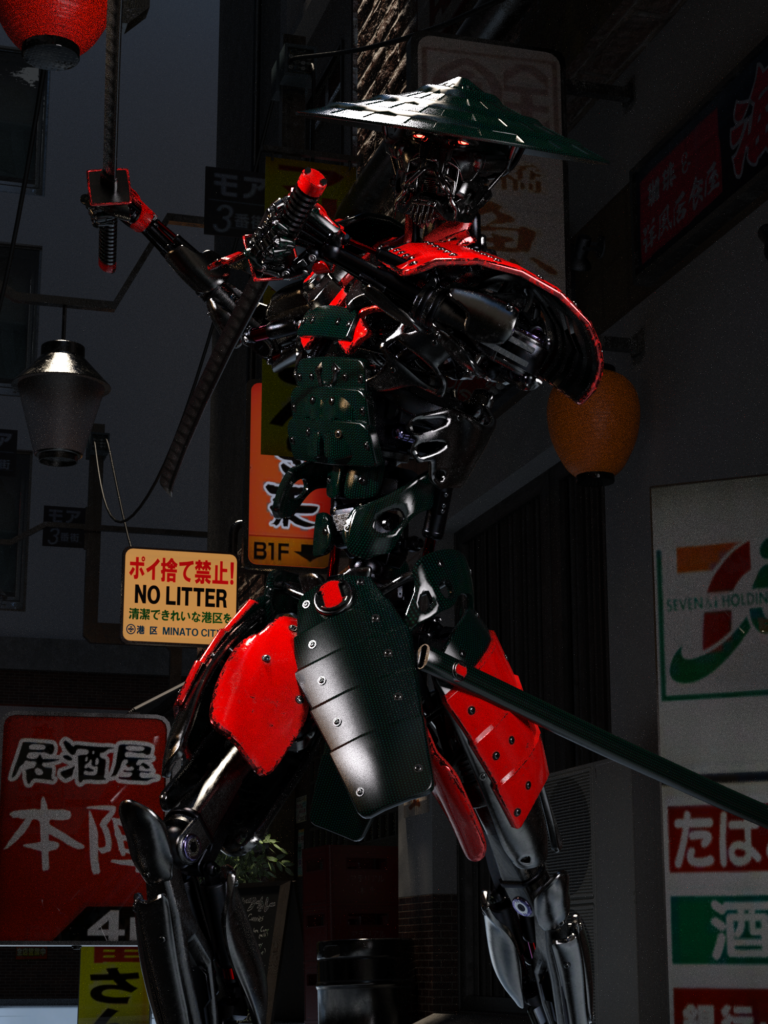 Tengu was one of the first fully automated human sized robots created by the Mechaniac. Originally meant as a test bed, Ryce decided to deploy the unit in the field for dealing with his enemies. Over the years Tengu has received many upgrades to make it a better combat machine. Though considered inferior to the new Tenshi robot, Tengu is extremely dangerous and since lacking any emotions it is impossible to reason with.