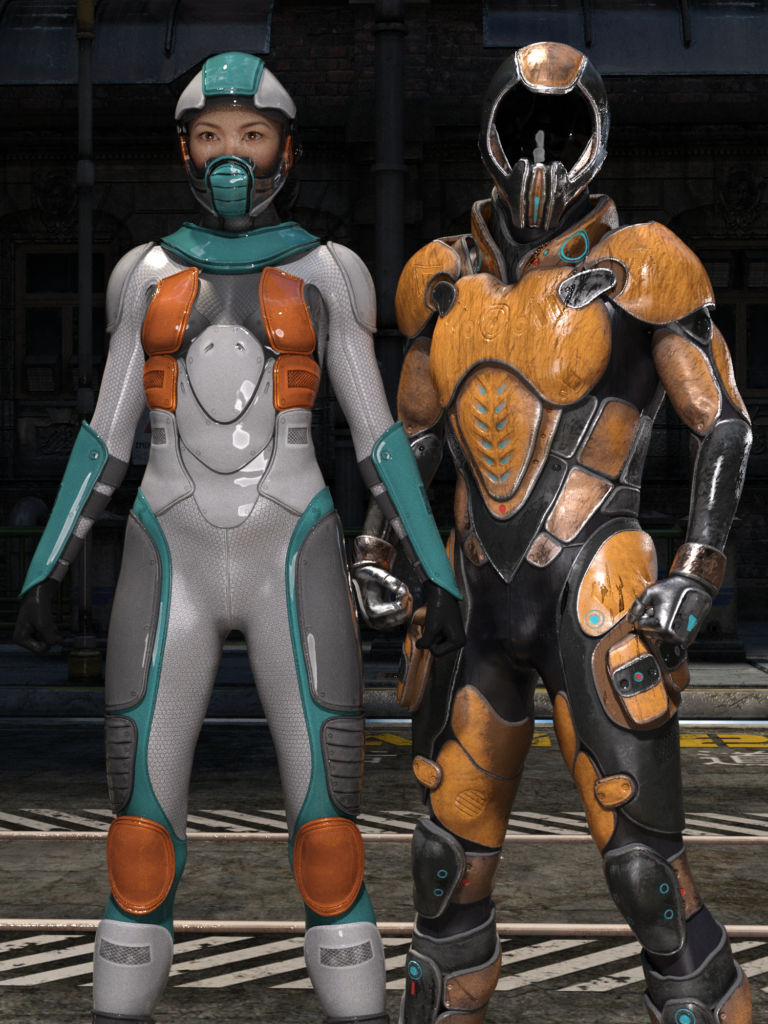 CLEA knows very little about this pair of armoured mercenaries other than they are another set of arrivals resulting from the Breach Day event. From the few brief encounters people have had with the pair, CLEA has been able to learn their identities albeit in our reality they mean little.

From the reality they came from the pair worked as their world’s equivalent of White Guardians but in this world CLEA was run by a totalitarian government and basically maintained martial law. Free will was unknown and most people fell foul of the “justice” system.

Since they cannot return to their world it would seem that they have chosen to sell their skills to the highest bidder.