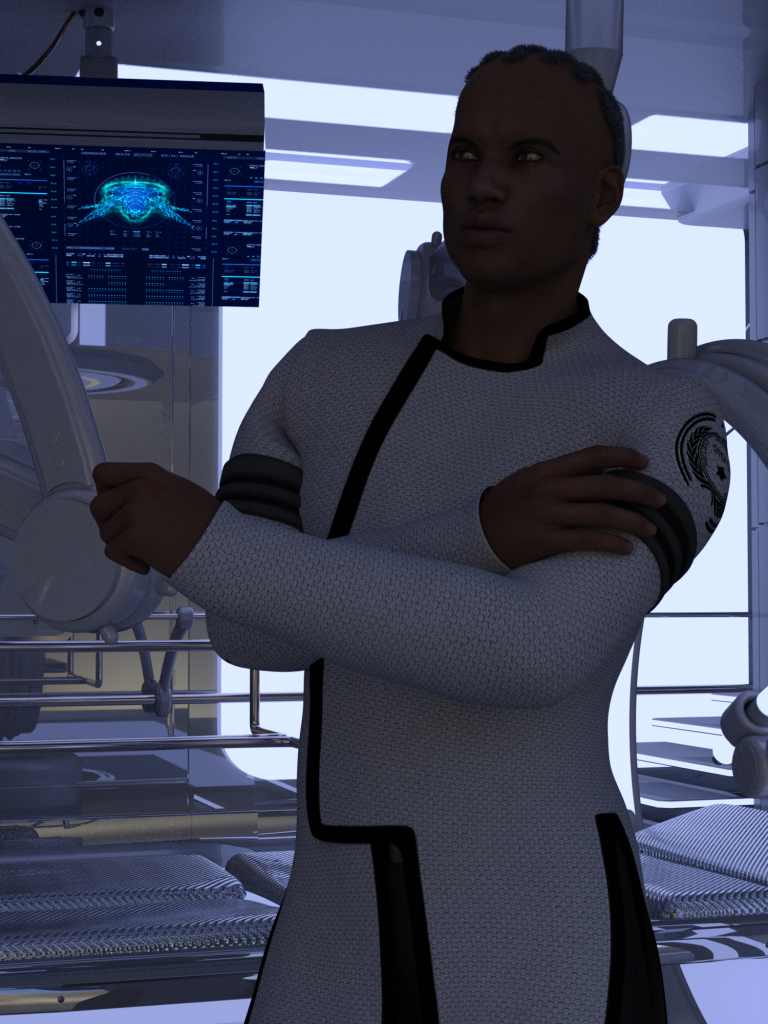 Babatunde Abadayo aka Doctor Psy is a man that has seemed determined to bury his past. CLEA’s files on him. In that respect he had been successful for the only details that are complete are his education. A student that at one time excelled in biology he went on to gain seven degrees in various biology and medical fields.

Using his wealth of knowledge he was able to find lots of work and made a small fortune enough to set up his own research company, which helped discover several medical breakthroughs. The company though would get hit by a scandal when several samples became mixed up and the wrong treatment prescribed resulting in three deaths. After the courts rule the company negligent the share price slumped and then the compensation claims practically ruined the rest along with the bad publicity. Though not personally responsible for the mistakes he was responsible for his company, and after it went bust, he vanished. Some said that his pride could not cope with the disaster.

From then on much of his history has come from rumours and speculation. The most common stories suggest that in order to find work he sold his services to the highest bidders but as no legitimate company wanted to be stained by him he decided to work for the criminal community. No hard evidence has ever been found but it has been suggested that Babatunde used his research skills to assist, ARGO, the Protectorate and Citadel. Always wanting to push the boundaries of science and research, witnesses have suggested that Babatunde had little regard for the victims that were being used as test subjects. All he was interested was making the next important discovery. Whilst working for the criminal community CLEA estimated he made a huge fortune but since the money was kept in offshore accounts there is no traceability.

At some time it is CLEA’s understanding that an accident saw Babatunde get “infected” with Species Beta whilst working for Citadel. He then became the “research” since he acquired incredible psy related abilities. With the tables turned he learned what it was like to be a treated as nothing by becoming a test subject.

How he managed to escape from Citadel is anyone’s guess but from what Agent’s have learned, he felt so guilty in the way he treated test subjects and the ignorance at the abuse they suffered that he had chosen to dedicate his life to putting things right.

Since he cannot remain in one place for too long for fear the law might catch up or his old employers that would want him silenced, he travels the world using his vast fortune to try and help those that help others as he cannot. Whenever the opportunity arise he had used his gifts to fight crime but has to be careful not to become too public as that would make him vulnerable. Such is the dexterity and fine motor control of his telekinesis that he has been seemingly able to pull of medical feats that a surgeon would be proud of. Normally he uses this particular gift to help a “hero” in trouble, appearing out of nowhere patching them up and then vanishing from public view.

Though several law enforcement agencies around the world want Babatunde for his criminal activities, the likes of Phoenix Alliance and other vigilante groups have not only chosen to shelter him but also suggest that CLEA stand down in their pursuit of him. They suggest that its better to allow him to remain free and do some good rather than lock him up which would be a waste.

This idea was what eventually brought him the attention of Lance Mickelson. After setting up the Harmony Island Beach Resort, he wanted a full time doctor to run the medical facility. Since Babatunde was wanted by so many law enforcement agencies he accepted the position as that gave him a safe haven but he would only do the work if he was permitted to  perform outside work if he felt that a cause was worthy of his expertise.