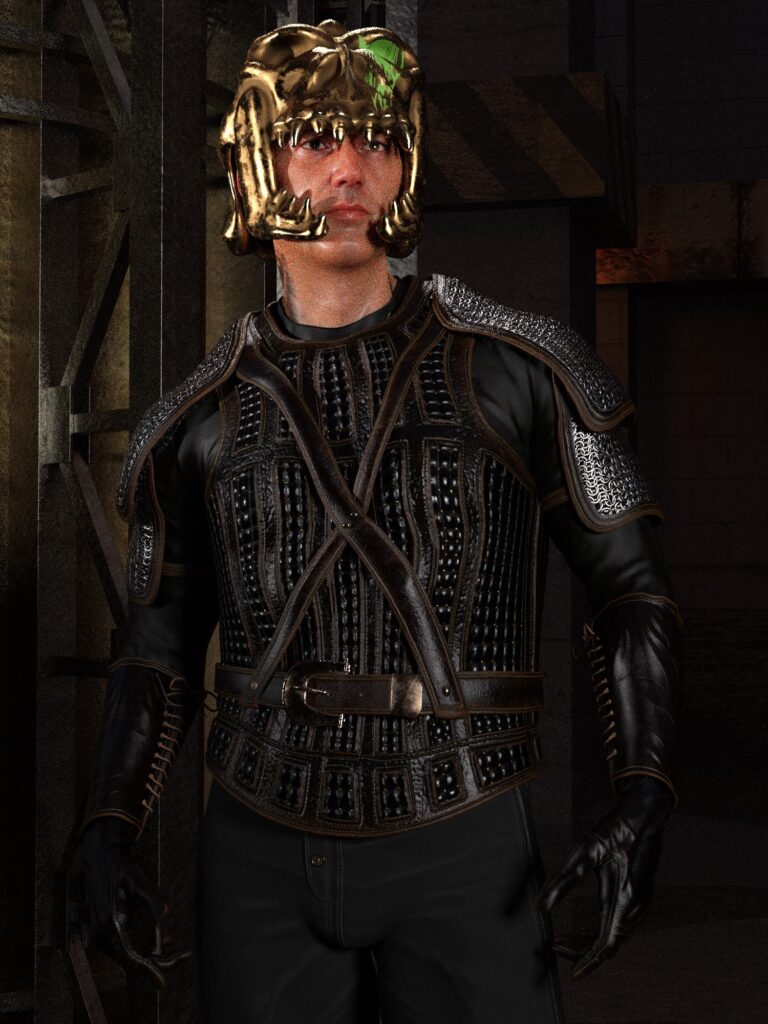 Up until he was 45 years old, Karl Howard had led a brilliant but ordinary life. Taking a career in healing he specialised in helping people with mind related problems and attained doctorates in psychology and psychiatry. Considered an expert in his field he was often called in to help police when it came to profiling tricky suspects. His peers expected him to one day become a professor and take up teaching at a university but before had the opportunity to play out tragedy struck.

Out for a day trip with his wife and two daughters, without any warning one of the tires on his car blew out and sent the car down an embankment. He was thrown clear but the other three passengers were trapped. Karl immediately ran up the slope, despite having broken his ankle and tried to flag down help.
The road was quite busy and very quickly quite a few cars did actually stop. The situation went from bad to worse for fuel leaking out caught fire. He ran down the slope and tried to free his family but the damage prevented him gaining access. Looking up the slope he called out at the onlookers to come and help him but they were too scared to approach the burning wreck and Karl was forced to listen to the screams of the others as they burned. The emergency services did eventually arrive but it was too late for his family.

After such a devastating loss Karl withdrew into himself. He constantly questioned himself as to whether he could have done more and when he had concluded it was impossible for him to have freed them on their own the psychologist part of him wanted to understand how ordinary decent people could have simply stood by when his family were trapped and being burned to death.

At the inquest into the accident the report concluded that it was doubtful Karl’s family could have been rescued and if anyone else had tried to get involved they would have suffered serious in not fatal injury. The coroner concluded that it was accidental death. Karl, in his grief though did not want to listen to reason for he had convinced himself that the onlookers were partly responsible to the tragedy by their total inaction.

Friends and colleagues tried to help him and convince him he was wrong but the more they told him that there was nothing anyone could have done the more convinced he became that they were simply defending the rot in society. Over time his mind fractured and he went insane and adopted a new personality which the press would later dub “Mind Game.” Karl now wanted revenge on the types of people he felt responsible for the death of his family and he planned on showing thje world that when it came to extreme circumstances anybody would choose to protect themselves by conveniently ignoring the suffering of another and he would only stop his “tests” when one of his victims proved him wrong.

Mind Game first appeared on Pacifica’s police radar when he kidnapped two students. The two victims were apparently good friends and he pitted them against each other in a series of tests aimed at seeing who would turn on the other in order to survive by torturing them repeatedly promising that as soon as one of them stabbed the other and allowed them to die they would be freed. Police however managed to locate where Mind Game was holding them and got them released before anyone was killed.

Mind Game though had gone and so escaped justice.

Since then he has repeatedly appeared performing psychological games with victims he has kidnapped all seemingly to prove his hypothesis that anyone can be turned and forced to act against their morale standards under extreme circumstances.

Under his new persona he has taken to wearing outfits which are obviously designed to instil fear into his victims. Karl considers himself almost a religious figure highlighting the evil that is present in everyone. He is considered extremely dangerous and whenever police close in on him he simply vanishes and starts his experiments elsewhere. Due to Karl’s insanity it is doubtful whether he will ever stop and since he has kept escaping justice CLEA was given his file in the hope he can be stopped once and for all.