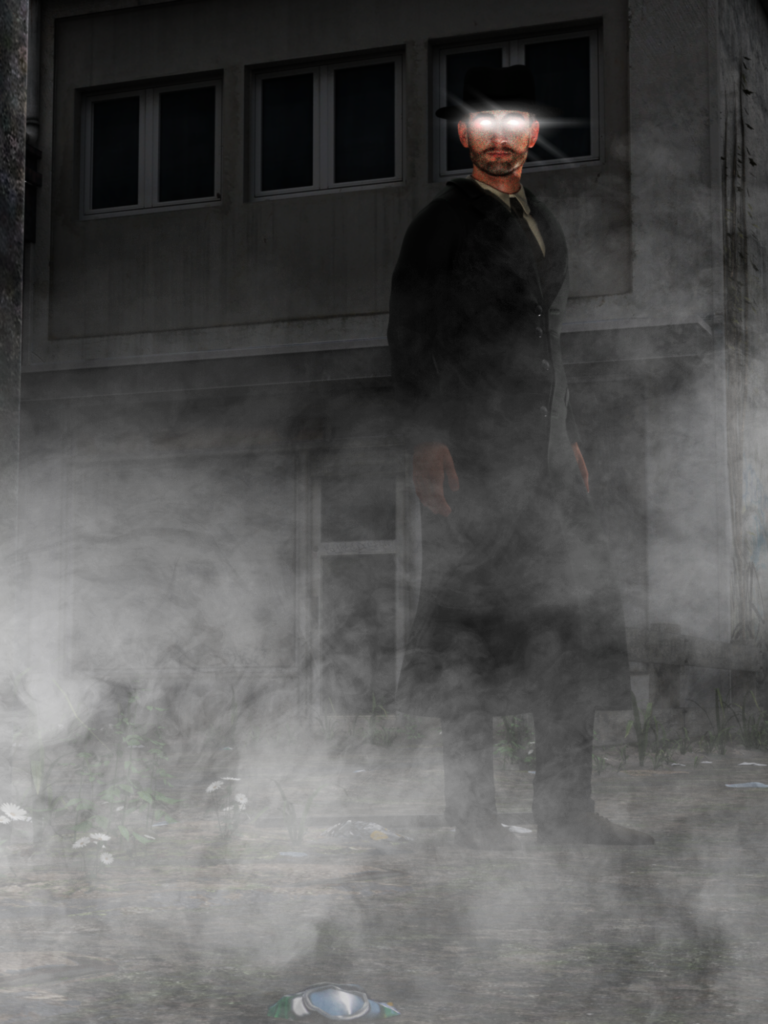 Despite several investigations by CLEA and other prominent law enforcement agencies not a lot is known about the “Grey Man”. The name comes from his usual attire of a grey suit which he has been seen wearing on every occasion he has “appeared” around the world.

Though no firm intelligence is known CLEA has assumed the man is an Alpha and that there is some element of truth regarding the rumours circulating, that state he has the means to reawaken the dead by sacrificing the life of a living person.

The stories all hint at the same fact that when the Grey Man makes contact with a dead body and living “sacrifice” he is seemingly able to transfer the “life force” between the two bodies. However his ability does not seem to allow him to reawaken somebody that has already been “sacrificed” nor can he reawaken a body that has too badly decomposed. Rumours also persist he is sometimes “paid” to bring back someone to life.

Other stories circulating hints that the Grey Man can kill in advance and use the stolen life force to reanimate others at a later time and further witness accounts point to the fact that the same life energy that can bring others back to life appear to sustain his own life. This is perhaps why he become something of an urban legend for the Grey Man has been seen for well over fifty years and has never changed his appearance or aged in that time.

Recently encounters with the Grey Man and hero groups suggest he is attempting to reform. He has shown willing to assist but in order to comply with his attempt to walk the line of “good” he will not use his gift unless it is absolutely necessary.

To this end he formed an alliance working with Dion Gardner. Originally known as Lazarus as he had the means to come back to life, Gardner could “feed” the Grey Man without him needing anyone else to restore his lifeforce.

The partnership did not last long due to interference from Zorn who captured Gardner and used him in experiments to learn how his unique ability operated. In doing this Gardner lost his ability to survive death and gained one that manipulated gravitons.

Jenkins understood the danger of anyone in close proximity to himself and so desolved the partnership for Gardner’s sake. From then on he returned to wandering the streets seeking evil.